Zero gas fees, self custody and security for NFT developers, creators and traders

Immutable X alpha launched on mainnet today, the first layer-two solution for NFTs on Ethereum, created by Immutable – the team behind one of Ethereum’s highest-grossing trading card games, Gods Unchained. To coincide with the launch, Immutable has released the Immutable X roadmap to grow digital economies.

Historically for developers and creators, NFT projects faced a lot of friction to unlock the network effects of a scaled marketplace and the economic potential of secondary NFT markets. Particularly, high gas fees and poor user experiences limited mainstream adoption. Central to accessibility is removing the barrier of surging gas fees for the user.

Through Immutable X, its layer-two scaling solution, Immutable aims to promote mainstream NFT adoption by offering gas-free minting and trading, self custody alongside seamless UX for developers and consumers. Immutable X is also ensuring any NFT activity on the protocol is completely carbon neutral by purchasing carbon credits to offset gas consumed on Ethereum.

“Before Immutable X, developers had few alternatives. Move to another blockchain that provides more scalability, but a fraction of Ethereum’s ecosystem and security, or use a sidechain. Neither are viable options for developers that want to prioritize revenue security and self-custody,“ Ferguson added.

As the first layer-2 scaling solution for NFTs on Ethereum, Immutable X solves all three issues of the NFT scaling trilemma: accessibility, scalability without compromising user custody and true decentralization.

“We have also been able to work closely with the incredibly talented StarkWare team, who have consistently pushed the boundaries of proving capability. StarkEx powered Immutable X minting on Ethereum Mainnet,” said Alex Connolly, CTO Immutable.

What to expect from Immutable X?

Immutable X provides self-custody for NFTs: Users will remain in control of their NFTs, tied back to the security and interoperability of the main Ethereum blockchain so NFTs won’t be locked into walled gardens or restrictive ecosystems.

“We believe users should be able to trade wherever they want to trade, including marketplaces like OpenSea or Mintable,” Ferguson added.

Immutable X is a true Layer-2 secured by Ethereum: Immutable does not compromise on decentralization or security.

“The security of this future world should not be owned by large corporations, venture capitalists, a government or one individual. It has to live on something truly decentralized, owned by the world. That’s why we’ve chosen to scale Ethereum, rather than a centralized blockchain,” Ferguson added.

To coincide with launch, Immutable has released the Immutable X roadmap. 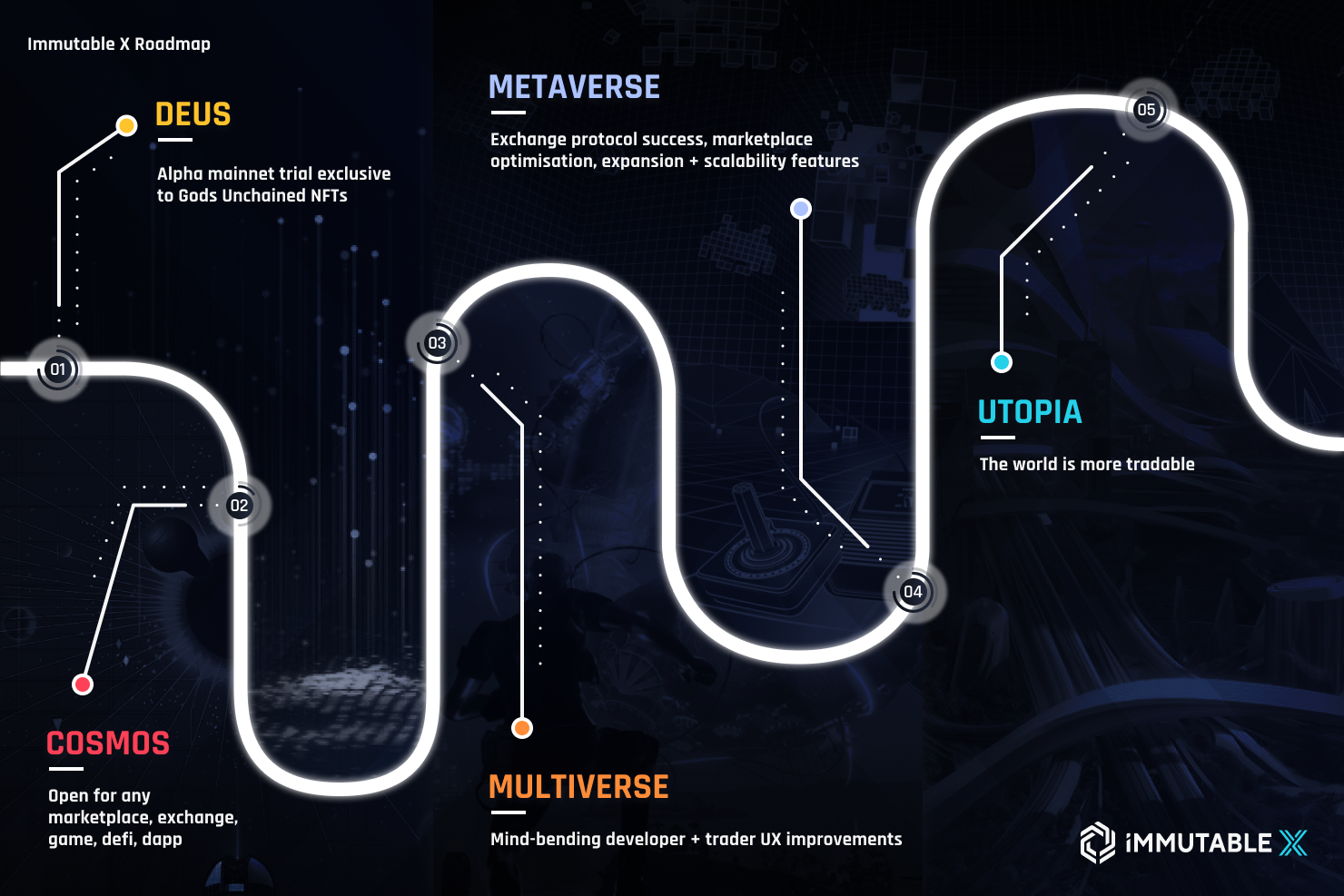 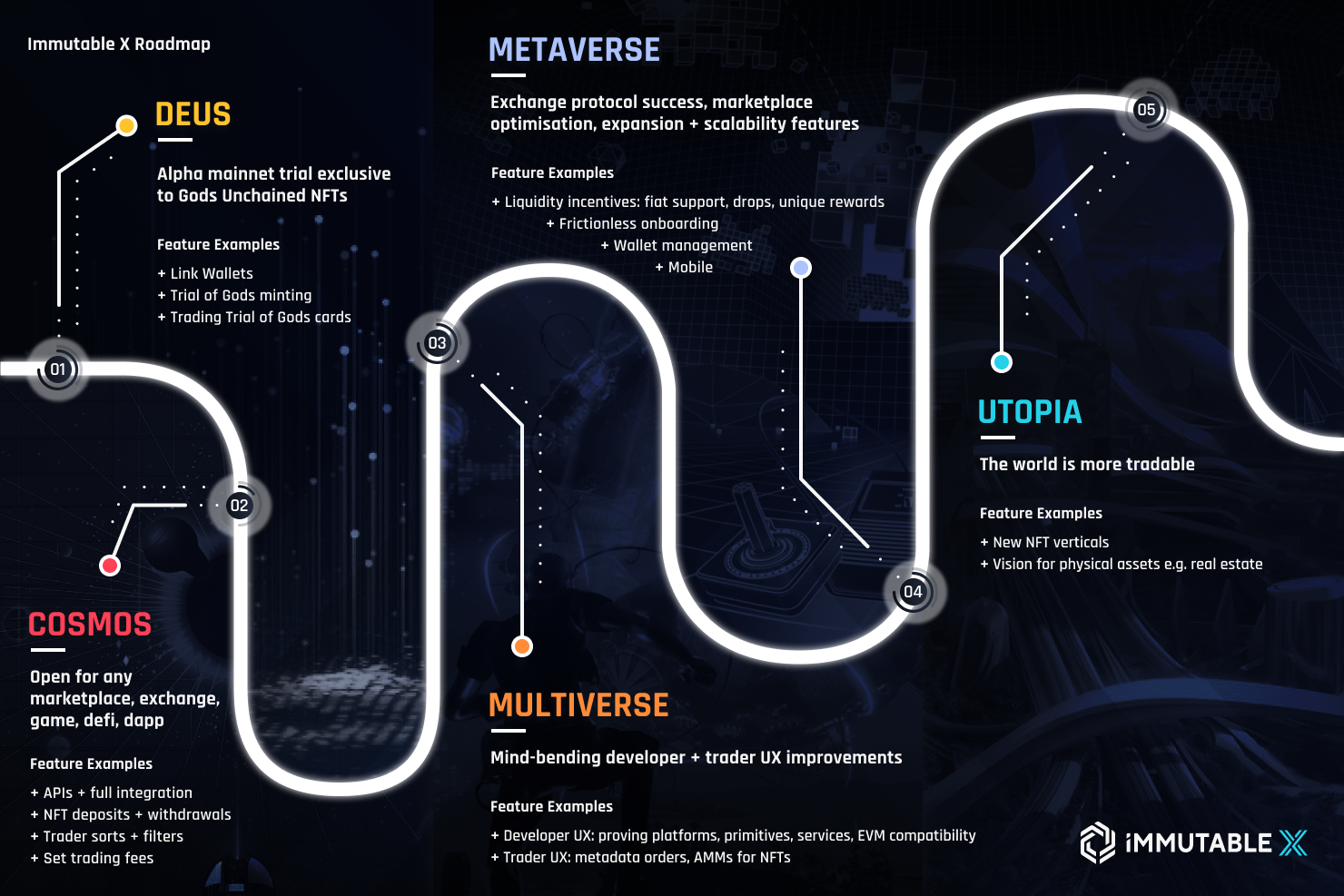 “We are rapidly moving toward full digital economies. Here Immutable will release its vision for physical assets at this point. How we will address titles like physical assets e.g real estate, unique resources like diamonds. Digital ownership via NFTs is only the beginning,” Ferguson added.

Immutable is an Australian-based company and market leader in scaling blockchain marketplaces. Immutable is creating a trading ecosystem that’s more accessible and empowering, rewarding people in digital ownership. Their goal is to make the whole world tradable on Ethereum.

Through the Immutable X platform, the company is bringing transparency to the opaque world of digital asset economies (NFTs, non-fungible tokens), providing sellers and buyers true digital property rights. Immutable builds infrastructure for marketplaces that developers can use to provide better value to their users, and to introduce free-market economies inside their games.

Immutable was founded in 2018 (Fuel Games). In September 2019, Immutable raised $15 million in Series A round led by Naspers Ventures, part of Naspers, a global internet group and one of the largest technology investors in the world, and Galaxy Digital EOS VC Fund, a $325 million ecosystem development fund run by blockchain-focused merchant bank Galaxy Digital. Apex Capital Partners also participated in the round.