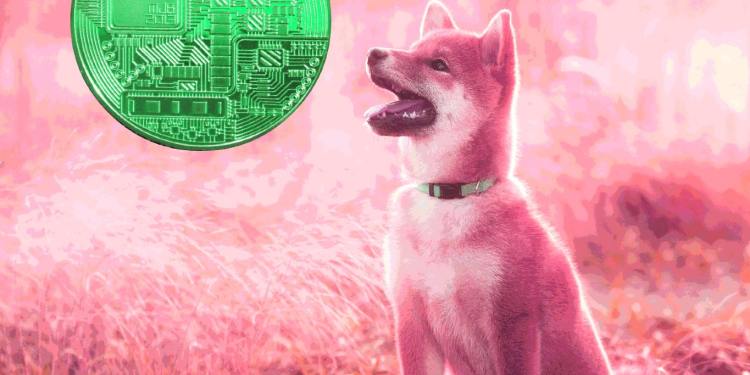 Shark Tank star and billionaire entrepreneur Mark Cuban says he has no plans to sell his growing Dogecoin (DOGE) holdings.

In a new tweet, the Dallas Mavericks owner tells his 8.2 million followers that sales in DOGE have skyrocketed over 6x between March and April.

“For your information, the Mavericks’ sales in Dogecoin have increased 550% over the past month. We have now sold more than 122,000 Doge in merchandise! We will never sell one single Doge ever. So keep buying.”

On March 7th, Cuban highlighted that the Dallas Mavericks became the top Dogecoin merchant in the world after completing over 20,000 DOGE transactions.

The @dallasmavs have done more than 20,000 #Dogecoin in transactions, making us the LARGEST #DOGECOIN MERCHANT IN THE WORLD ! We thank all of you and can only say that if we sell another 6,556,000,000 #DOGECOIN worth of Mavs merch, #dogecoin will DEFINITELY HIT $1 !!!???

In a recent interview with Forbes, the investing mogul brushed off the idea that Dogecoin, which began as a joke in 2013, gives crypto a bad look.

“No, it’s not a bad look. Dogecoin is less than a dime… Literally, and I say this with all seriousness, it’s the best entertainment bang for your buck available…

That’s not to say it has any intrinsic value. It doesn’t. But so what? It gives you a better chance of winning than a lottery ticket all while teaching the economics of supply and demand and introducing people to crypto assets.”

The Shiba Inu-inspired crypto asset currently stands as the 11th largest coin by market cap with a valuation of $16.46 billion, up over 112% in the last seven days, according to CoinMarketCap.