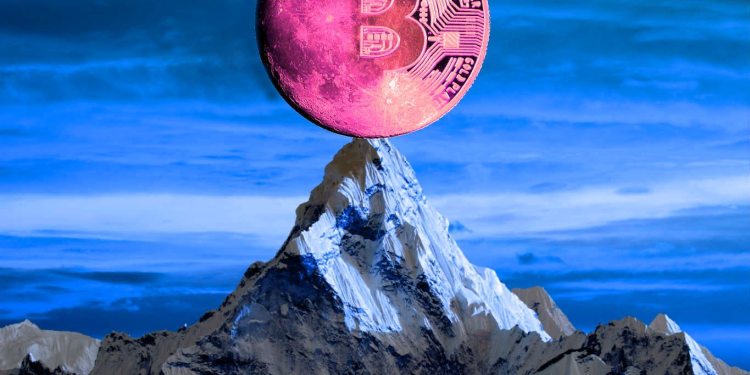 A Wall Street veteran is sounding the alarm over Bitcoin’s rapid rise, warning that the cryptocurrency could be in for a sizable plunge in the near future.

One week after Bitcoin set an all-time high of nearly $65,000, Scott Minerd, Chief Investment Officer at Guggenheim Partners, believes Bitcoin could be on the verge of losing more than half of its value.

“I think we could pull back to $20,000 to $30,000 on bitcoin, which would be a 50% decline, but the interesting thing about Bitcoin is we’ve seen these kinds of declines before,” Minerd says, speaking to CNBC’s Worldwide Exchange.

Since April of last year, Bitcoin has rallied over 600% from around $7,000 to its $64,804 high. Bitcoin has also had dramatic drops throughout the same year, losing almost 15% in 24 hours as recently as late March and nearly 20% within the same period this past week as it dipped from its all-time high down to $52,829.

Minerd remains bullish on BTC in the long term, suggesting that prices could eventually reach $400,000 to $600,000 per coin.

He says a correction in the near future would be part of “the normal evolution in what is a longer-term bull market.”

Recently Bitcoin bull Peter Brandt, suggested that if Bitcoin were to test its weekly moving average trend line, something the asset is want to do even in bull cycles, it may dive down to $46,615, however, Brandt thought the severe retest unlikely.