The Bear Case for Bitcoin Is Ethereum, Says CryptoCobain 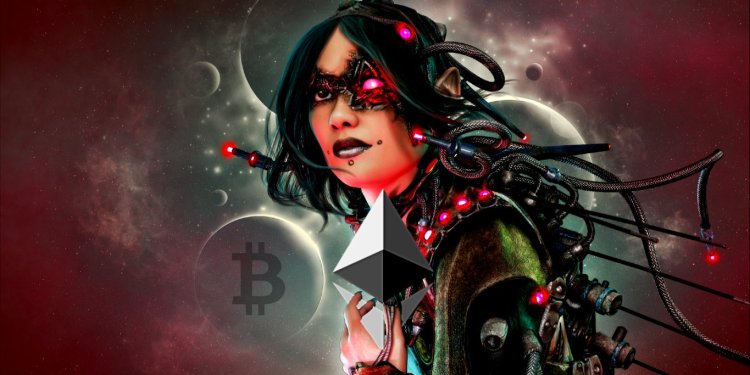 Prominent trader and analyst CryptoCobain is sharing his thoughts on the potential threat Ethereum (ETH) poses to Bitcoin (BTC).

CryptoCobain suggests that if Ethereum can overtake Bitcoin’s market cap for an extended period of time, it could jeopardize the success of the leading crypto asset as long-term BTC owners trade their holdings to ETH.

“I think a lot of the people that are holding Bitcoin now are in the never sell camp. And worst-case scenario they’ll go, ‘We should also allocate to Ethereum,’ and take another 1% allocation out of their treasury.

On a longer timeframe, I do think the bear case for Bitcoin is Ethereum.”

In CryptoCobain’s opinion, Ethereum will inevitably flip Bitcoin’s market cap temporarily, but will only threaten Bitcoin if it is able to sustain that growth.

“If you have a flippening that sustains or Ethereum largely gains on Bitcoin, I think that becomes troubling. A temporary flip is no problem for Bitcoin/USD…

CrytpoCobain likens Ethereum to the early stages of the internet when users thought it would exist alongside things like radio and television, but in the end it swallowed up those mediums almost entirely.

CryptoCobain adds that institutions will increasingly swoop in to buy Ethereum, as it gains traction as a legitimate asset alongside Bitcoin.

“I do think you’ll see a bunch of institutional adoption of Ethereum soon. I read a report… and it was just all about Etheruem and saying it’s like a first-class peer of Bitcoin in their eyes now.

I do think there’s going to be a bit of a move, [and we’re] going to see some cold wallets moving and making allocations to Ethereum.”