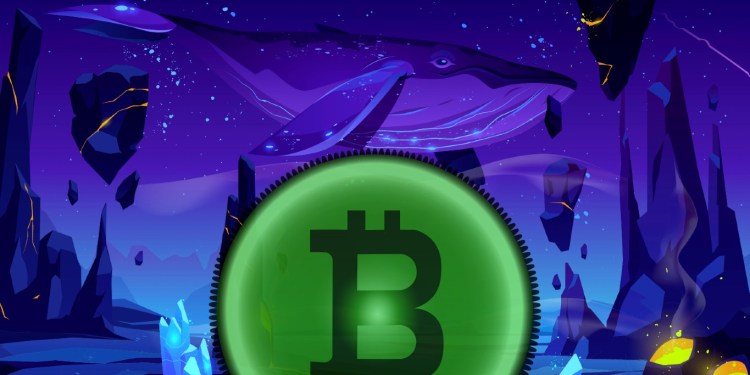 Crypto influencer and analyst Nicholas Merten says liquidity in the crypto marketplace is shifting from Bitcoin to altcoins.

Bitcoin settled into a pattern of continually reaching higher highs and higher lows in price for the first few months of 2021, until partway through April, when BTC’s insanely bullish pattern was interrupted, Merten explains to his 444,000 YouTube subscribers.

“The trend is reversing and liquidity is starting to circulate out of the market. Either people are cashing in and not getting back into the game, or it’s going elsewhere. And I’ve got to be honest with you all: As much as people think people are just cashing out, they’re going to the beach, they’re retiring – no.

Most people in this case in the crypto market, from the whales to the everyday investors, are recirculating their capital into other cryptocurrencies. So in this case, altcoins.”

Merten suggests that Ethereum (ETH) is prepared for a further run up, predicting that it will outpace the gains it made in April. He also notes that Bitcoin fork Litecoin (LTC) is poised to make impressive gains in its Bitcoin pair (LTC/BTC).

Next on the trader’s list of altcoins to watch is decentralized exchange (DEX) Uniswap (UNI), which launched its latest update, Uniswap v3, this Wednesday. Merten says the new iteration might signal “the catalyst for a breakout above its previous all-time highs against Bitcoin.”

Merten is also bullish on top oracle project Chainlink (LINK). At time of writing, LINK is up 32.3% in the past seven days, according to CoinGecko.

Additionally, decentralized finance (DeFi) as an overall sector is breaking out against Bitcoin, according to the analyst, providing an advantageous opportunity for traders to earn more BTC amid a new wave of investing.

The analyst notes that although eyes are still on the large cap plays, such as the ones mentioned above, mid-cap and small-cap projects may face a powerful rally in the near future.

“It’s going to be about knowing what plays you need to watch in the small-to-mid-cap space, because it’s coming sooner than we think, in my opinion.

I mean from what we can see here on the metrics, small and mid caps are going to have their heyday very soon. It just might not be as crazy as the last few times around, because there are a lot of people trading more on the large caps than before. A lot of liquidity is still stuck there.”