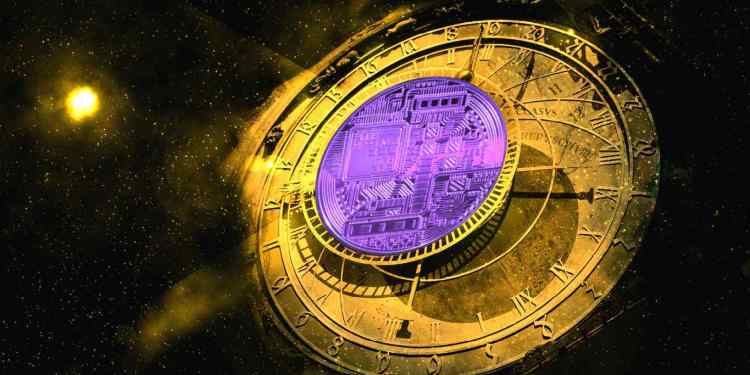 Crypto trader and analyst Lark Davis is naming a handful of altcoins to keep an eye on this May.

As Ethereum floats around $3,420 and Bitcoin dominance (BTC.D.) plunges toward 45%, Lark Davis highlights one crypto asset that he’s been bullish on nearly this entire crypto bull market, which is liquid staking protocol Ramp (RAMP).

Ramp, which Davis notes is finally launching some of its flagship products, allows users to lock up their staked coins, while receiving a stable coin (rUSD) in return. This allows users to, in Davis’ words, “double, triple, or quadruple” their yearly yield and still receive staking rewards from the original deposited assets.

“I’ve been bullish on Ramp for a long time now. I’ve been talking about it here on the channel since ramp was at $0.04 or something like that… I still think that Ramp has a lot of gas in the tank… My target for this has been around $5, but a 10x would put us around $6.50 which also would not be all that crazy for Ramp.

What I think is most important here and gives the potential for the price to move up is that we have a real product now. Every day people are going to be staking getting those rUSD. Now, we have a real decentralized finance (DeFi) product with a real revenue model… so I think now we’re going to start seeing Ramp taking off.”

Next on Davis’ list is Ethereum layer-2 scaling solution Polygon (MATIC). Even though MATIC is up over 100% in the past two weeks, Davis believes the asset has a lot of room to grow in the coming months.

“Polygon has been absolutely slaying it when it comes to adoption… Now, why am I bullish on Polygon? Well because Polygon is launching a $100 million fund to support DeFi adoption. Now we already have Polygon working with some of the biggest DeFi protocols out there, we’re doing a million transactions per day on Polygon, we have Aave which now has $2 billlion dollars in liquidity locked on Polygon… This is showing that layer-2 is actually succeeding, Ethereum is actually scaling.”

With a market cap of roughly $4.7 billion, Davis notes that polygon is undervalued when compared to some of the other projects in the top 50 assets by market cap such as Solana (SOL) and Ethereum Classic (ETC).

Third on the analyst’s list is non-fungible token (NFT) project Ethernity (ERN), which Davis says is locking in some incredible and legitimate partnerships with high-profile celebrities.

“The NFT space is so highly speculative, the last thing you want to be doing is buying fraudulent NFTs which again is where Ethernity comes in because they’re bringing real NFTs from real celebrities.”

Davis notes that legendary soccer player Pelé is part of the Ethernity network.

Next up is Ethereum competitor Polkadot (DOT), which Davis is holding, although the asset is in a “lull phase” as the public anxiously awaits the launch of Polkadot parachain auctions, which will bring smart contracts to the platform.

“It’s definitely a top five ecosystem, very excited about what Polkadot is building. And when parachains do launch that is the magic moment, that’s when everything goes crazy for Polkadot, because that means all of a sudden you have a real ecosystem, real users…”

As for why the analyst is particularly bullish on DOT this May, he points to the upcoming Polkadot Decoded conference, during which the team may reveal some exciting news regarding the growth of the network.

“At the end of the month, we have the Polkadot Decoded conference… They’re probably going to release some nice little juicy nuggets in terms of information. I’m watching to see what they announce here. Maybe we’ll get some firm dates for when we see those parachains coming out… very excited about this, definitely something to keep on your radar.”

The last asset Davis mentions is Bitcoin fork Litecoin (LTC), which Davis says has “pumpamental factors.” He highlights that payment giants PayPal and Venmo, along with major trading platforms such as Robinhood, are all selling Litecoin.

Davis believes that novice traders will also view Litecoin as cheap relative to Bitcoin, sitting at around $345 versus roughly $55,000. The influencer believes that the recent success of Ethereum Classic (ETC), which is up nearly 200% on the week, may show that rationality has been temporarily suspended, leaving room for assets like Litecoin to flourish.