What Does the Digital Pound Mean for Britain? 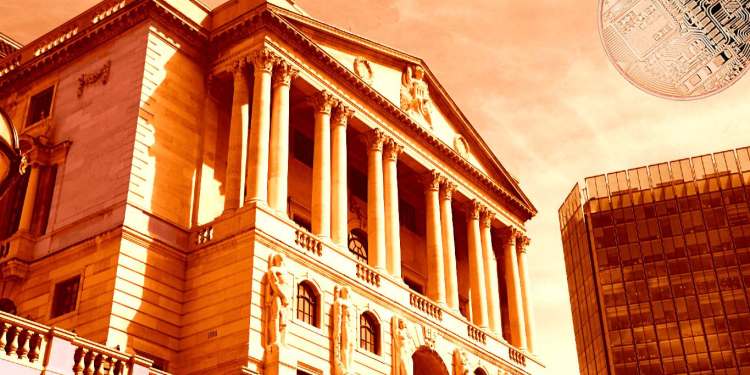 The Bank of England recently announced the formation of a special task force meant to look into the notion of introducing a central bank digital currency (CBDC). While the decision to implement a digital pound has not yet been made, the option is clearly being considered. So, what changes would be needed to make it happen? And how would this decision affect the country in the long term?

CBDC in the banking system – how would it work?

In terms of efficiency, the first model is better, because governments will be able to perform direct monetary interventions (e.g., airdrops, credits, etc.). For example, with Covid-19, there was a need to release a large amount of liquidity to the public or to businesses, and this would have been done much more efficiently with CBDC rather than with postal checks in the US.

At present time, the government needs to issue such allocations to commercial banks. Those pass it onto high-street banks with the hope that banks will issue loans for these allocations, which will allow businesses to develop. But the government cannot control every bank, and banks can make their own decisions about what is a reasonable risk to them when granting loans.

There have been cases when a state would issue a large quantitative support package, and the majority of this monetary package would settle in large funds, which in turn would invest the funds into long-term instruments instead of creating an economic stimulus. Therefore, such a model may not always be very effective.

What changes would introducing a CBDC bring?

In the case of digital currency, if the government has digital tokens, it can directly allocate those tokens to certain classes of businesses. Cryptocurrency-based digital cash can also be used to build distribution and other smart financial tools. This, in turn, allows for creation of a more efficient macroeconomic model.

The second important component is feedback. If cash were backed by a blockchain-driven solution, then there are, once again, pros and cons. On the one hand, the government can have complete control and know absolutely everything, which means a loss in terms of social freedoms compared to traditional cash. On the other hand, if all the transactions and ownership were anonymized through the blockchain – then the government would have no way of seeing who made which transaction.

CBDCs, however, would allow participants to see every transaction in near real time. This, in turn, could open up possibilities to analyze the country’s economic situation and introduce adjustments to monetary and fiscal policies much faster than in traditional market economies. With the current delay being between 18 and 24 months for any such interventions, this increase in reaction speed is a strong point in favor of central bank digital currencies.

The problem here is that banks then may become partially obsolete. And at the present time, banks act as the support pillars of central banks. They are the path by which money flows to businesses and retail users. If the state undercuts banks, the result may be more damaging to the economy than positive. On the one hand, using digital currency makes for an effective system, but on the other – what should be done about the traditional financial system institutions?

Why is the UK taking so long to make a definitive move towards a digital pound?

A CBDC is not a solution that is easy to implement. It’s not just a matter of creating a token on a private permissioned blockchain, issuing it and assuming that it will fulfill the pound’s role, just like that. There are global issues to consider here – matters of control, ethics, macroeconomic efficiency and many other elements.

For example, there is a theory in the industry that the US will be among the last players to introduce a CBDC. It is actively looking at other countries but does not want to take the risk of testing things out on its own economy. The country needs to weigh the pros and cons, make sure that social freedoms remain intact or at least do not deteriorate compared to how they are now and that new risks in terms of fraud and money laundering do not emerge.

This is a complex problem and that is why it is taking a long time to solve. My opinion as to who should be able to release a CBDC relatively quickly is that it will likely be authoritarian states like China, and potentially, UAE. States where there is no democracy, no voting is needed – and the decision of how to proceed can be made by a small number of people. In such states, social freedoms are not the first priority – governments are more concerned with financial efficiency.

UK after Brexit – how can a CBDC change things?

I think it is very important for Britain to hurry with the implementation of a central bank digital currency. And, in my opinion, it has greater chances of succeeding from the point of view of legislation. After Brexit, the UK became much more nimble, with one central bank and a single parliament. In the EU’s case, the European Parliament consists of many countries, with each country having a veto right. Naturally, not every decision is always equally beneficial to all countries, and due to this, decision-making processes can be stalled by countries that stand to lose something as a result.

The European Union is currently working on the MiCA bill, its “Markets in Crypto-Assets Regulation”. There will be a separate bill or a sub-bill that regulates stablecoins, which are strategically important for the EU. To my mind, the European Union wants to create a bill in advance that will allow the EU to control the issuance of stablecoins against the euro. It will probably mean determining which stablecoins are capable of influencing the EU macroeconomic situation and taking them under control.

The reason why Britain needs to stay ahead in this race is because of London’s title as the financial center of Europe and one of the leading financial hubs worldwide. At the moment, the city still holds this position, but there are shifts occurring – toward Amsterdam, for example. Back in February, there was news of how Amsterdam’s stock exchange surpassed London’s in terms of shares traded.

Here, we can draw a parallel with company shares – the more interesting a share, the higher its price. National currencies show a similar picture – the more attractive a currency, the more people will invest and keep their assets in such currency. This means that the currency’s exchange value will rise, which correlates with the standard of living, as many goods are imported.

The introduction of a CBDC would allow the British Pound to develop and the UK to gain a technological advantage and hence improve its economy. It could also bring about greater interest toward buying and investing in the pound from non-UK citizens.

Konstantin Anissimov, executive director of the international cryptocurrency exchange CEX.IO. Graduated from the executive MBA program at the University of Cambridge. His area of responsibility at CEX.IO includes customer relationships with institutional and VIP clients, overseeing the creation of the company’s development strategy, new products, markets and partnerships. As a member of the board of directors, Konstantin is also responsible for corporate governance.