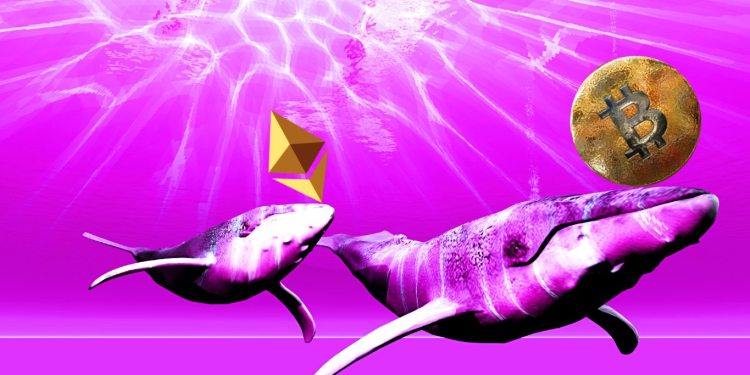 Closely-followed crypto analyst Benjamin Cowen says Ethereum investors should keep a close watch on one Bitcoin indicator, which he says will likely influence the leading smart contract platform’s performance in the short term.

In a new strategy session, Cowen says that the crypto bull cycle has reached a new phase in which traders have become slightly uneasy about the state of the markets, largely due to Bitcoin’s lengthy consolidation and its testing of the 20-week simple moving average (SMA).

According to Cowen, Ethereum and the crypto markets at large are looking at Bitcoin as a signal for where to go next.

“We pay our respects to Bitcoin. We know that Bitcoin controls the market. So we look at this and we say, ‘Well, why has Ethereum hesitated a little bit?'”

Cowen notes that historically, ETH is able to pump while Bitcoin tests the 20-week SMA, but as soon as it significantly deviates from the indicator, Ethereum tends to change direction. When BTC goes below the 20-week SMA, confidence in the broader crypto markets goes down and Ethereum usually corrects.

“The implication is super simple. All it means, we look at our 20-week SMA and our 21-week EMA, our little bull market support band. If Bitcoin stays above it, I would say there’s a decent chance ETH/BTC continues to rally… Bitcoin doesn’t necessarily need to bounce off of it, it just needs to stay above it. If we go below it, then I think confidence will be lost to Ethereum in the short term. It doesn’t mean it can’t recover in the grand scheme of the cycle.”

Cowen remains bullish on Ethereum, but says that if BTC can’t hold the 20-week SMA, a sharp correction is in the cards.

“I think Ethereum will probably trend towards five figures but we always know we can have short-term corrections. It’s the risk we take. If Bitcoin dumps below the 20-week SMA, rest assured that Ethereum is going to go down with it and probably even have a sharper correction than Bitcoin because it also put in a higher ROI (return on investment) than Bitcoin and is slightly more volatile.”

The analyst says that should the crypto markets see a significant change in momentum this week, this crucial indicator will be the likely catalyst.

“I have a hard time believing Bitcoin is immediately going to go into price discovery mode next week. Obviously, if there is going to be a momentum shift next week, it will more than likely be because Bitcoin is going below the 20-week SMA.”

At time of writing, BTC is nearly underneath the 20-week SMA, trading at $44,835, according to CoinMarketCap.