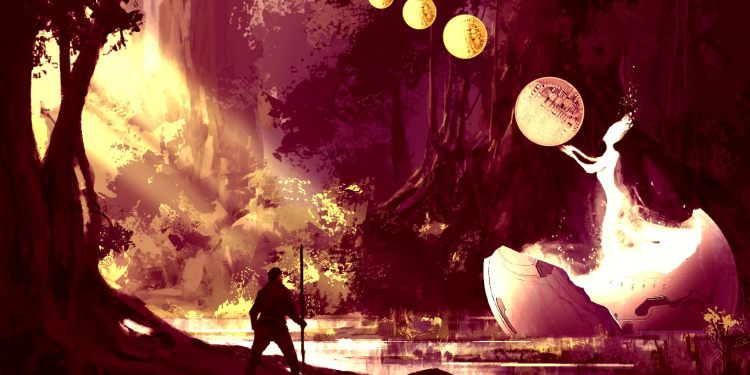 In a new strategy session focusing on BTC pairs, Van de Poppe starts off his list with AAVE, saying that the money market protocol has entered a new bull cycle and is gearing up to blast off against Bitcoin.

Van de Poppe’s second hot DeFi coin is decentralized application launchpad Avalanche (AVAX). According to the trader, now that AVAX has completed its corrective move, a clear break above the 0.00081 area would ignite a strong rally for AVAX/BTC.

“We did see this big run-up in the beginning of this year already, and since then we’ve got this huge corrective move. And as we’ve just discussed with AAVE that we don’t chase FOMO (fear of missing out), the exact same has happened with AVAX. As here, we can see that we’ve got a very harsh corrective move all the way down to the actual price reference point.”

The third DeFi coin on Van de Poppe’s list is Ethereum-based decentralized exchange Kyber Network’s (KNC) Bitcoin pair. The trader says KNC/BTC is likely getting ready for a rally of at least 110% from its current value of 0.00006.

DeFi coin number four on Van de Poppe’s radar is decentralized exchange Curve Finance (CRV). According to the widely-followed crypto analyst, CRV is one of the more undervalued projects in the space and might be setting itself up for a 132% gain against Bitcoin once CRV/BTC breaches 0.00008.

“I’m looking at the next run towards 20,000 satoshis (0.0002) but we’re also looking at a new bull cycle for Curve which can just continue running as long as the trend remains there.”

The last DeFi crypto asset on Van de Poppe’s list is automated yield generator Yearn.Finance (YFI). From his perspective, a giant 142% rally is likely brewing in YFI/BTC, with 0.99 being the launch pad, and 2.8 being the target.

“Especially given the fact that YFI is also making those higher highs and higher lows at this stage, I think we will just be starting a new parabolic advancement and given the fact that AAVE in itself is running significantly, those are the five that I’m looking at…”