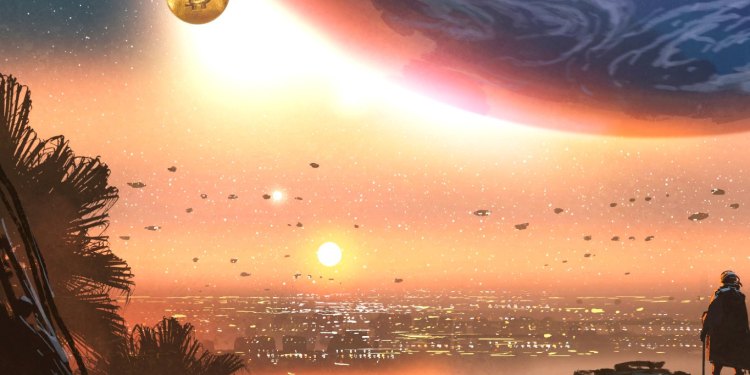 Crypto analyst Benjamin Cowen is sharing his thoughts on the recent crypto market crash and addressing Bitcoin’s path ahead.

Bitcoin drastically retraced this week, hitting a 24-hour low of $30,415 on Wednesday, according to CoinGecko.

Cowen took to YouTube to address what this wild price swing means for BTC. He says some of the most bullish predictions on where Bitcoin will end up this summer are fading.

“I would be more inclined to think that it’s more likely that we spend a little bit more time going down before we come back up.

If you think it’s going to bounce and go up and put in a $200,000 Bitcoin within the next few months, you basically, at this point from where the price currently is, you need to see an immediate rebound otherwise I don’t think we can make it.

But if we get that immediate rebound and we start moving back up then maybe it’s a possibility. Again, I’m just a little more pessimistic about it rebounding that quickly.”

Cowen says there are two central theories regarding the length of Bitcoin’s current bull cycle. The first scenario shows Bitcoin topping out before the end of the year, and the second anticipates an extended bull cycle during which Bitcoin will take a bit longer to find its peak.

Cowen subscribes to the latter theory.

“What I would say to you is I think there are two main trains of thought here. The first one being the four-year cycle. And in that scenario, if you’re expecting the four-year cycle to play out, then you would probably expect a pretty big bounce so that we get back on track. In order for us to put in those pretty high numbers by the third quarter or fourth quarter we need to get a bounce relatively soon so that we get back on track. So that would be if you think it’s going to peak this year.

And the other one of course would be the lengthening cycles. And this one would be more along the lines of thinking that it’s going to take a little bit longer and that a reaccumulation phase is not the worst thing in the world for Bitcoin.”

The crypto influencer adds that while Bitcoin may take its time reaching a top, it provides traders, especially those new to crypto, an opportunity to accumulate BTC at relatively attractive prices.

“What I would say for this cycle is that Bitcoin is being very gracious. And what it’s potentially allowing people to do is reaccumulate before a move up later on this cycle to that six-figure mark…

It allows these [new] guys to get it at a discount… In the grand scheme, if you’re operating somewhat deterministically like me on a six-figure Bitcoin later this cycle, something below $40,000 isn’t the worst price in the world. It also depends on your risk tolerance. It could easily continue to drop. And that’s why I think a DCA (dollar-cost average) strategy is the most appropriate strategy for Bitcoin.”