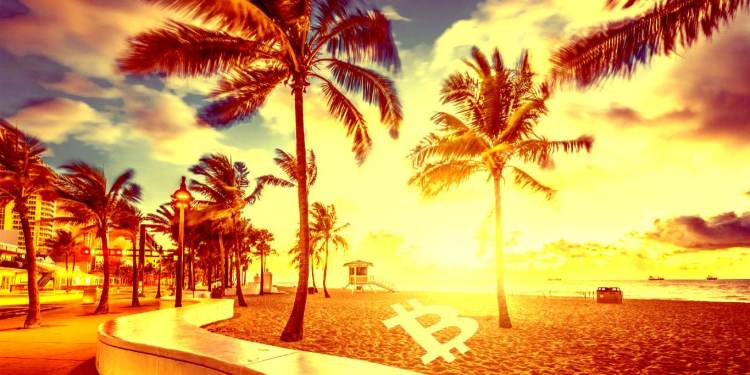 A new statement from Chinese Vice Premier Liu He and the State Council says the move is part of an effort to “resolutely prevent and control financial risks” in the country.

“[We will] focus on reducing credit risks, strengthen the supervision of platform enterprises’ financial activities, crackdown on Bitcoin mining and trading behavior, and resolutely prevent the transmission of individual risks to the social field.”

China first banned Bitcoin trading and the issuance of initial coin offerings (ICOs) back in 2017.

Carter says he believes the new moves from China could actually strengthen the Bitcoin network and improve its energy efficiency.

“This isn’t a surprise. This is a continuation of what had already begun. Mining was already banned in the province of Inner Mongolia, which is heavily coal powered. Is this good or bad? Well, people like me have been asking for this to happen. Anticipating it. I was looking forward to it and I’m glad it is happening.

First of all, it reduces China’s ability to potentially influence Bitcoin. There was an outside chance that at some point they would use the China domiciled hashrate to launch an attack on Bitcoin. This wasn’t something I thought was very likely, but now by continuing to ban mining in China, they’re not going to have any leverage or ability to do that.

Second of all, this is good as far as Bitcoin’s carbon footprint is concerned. As we all know, there’s lots of coal in China that was partly used for mining. By banning mining in places that are coal powered, China is reducing Bitcoin’s aggregate carbon emissions. This is an effective subsidy to western, cleaner-based miners and so it dramatically improves the emissions factor of the Bitcoin network. So this is something we should be celebrating.”

Carter says concerns that Bitcoin will be less secure if a significant number of Chinese miners go offline are unfounded.

“Is this going to make Bitcoin less secure? Not really. Bitcoin’s security doesn’t really increase with a single marginal unit of hashrate. Bitcoin is overwhelmingly secure. It’s secure at many thresholds. Even if hashrate would drop by 50-80%, it would still be considered secure. The worst that will happen will be if hashrate goes offline, blocks might be slower for a week or two.

That’s really it. So in short, this is good for Bitcoin’s climate impact. This reduces China’s leverage over Bitcoin and it doesn’t really affect its security. It’s a good thing.”