ICYMI: Bitcoin’s Real Potential in a World We Can’t Afford

by Sagi Bakshi
in HodlX 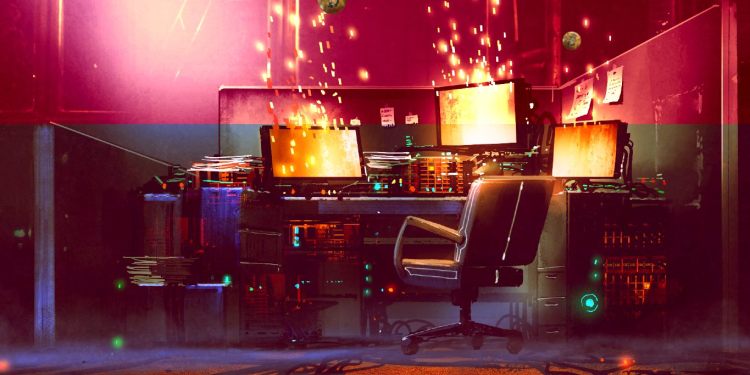 Bitcoin is reviving the potential for real savings. While that may come as a surprise to the many outsiders who look at Bitcoin as a mere get-rich-quick scheme, the true utility of Bitcoin lies in its ability to preserve wealth across space and time. Inflation and cost of living were already on the rise when Covid-19 came along and accelerated both trends.

Fiat currency creates an incentive to spend due to inevitable inflation. While the Fed targets inflation at just under two percent, and the official statistics suggest an inflation rate close to this goal, the real number is much higher. According to the Economist’s Big Mac Index, the real inflation rate may be more than double the number reported by the Fed.

What’s more – US inflation and debt spending have increased in recent years, much more so since the pandemic (think of the recent $1.9 trillion US stimulus bill). Whether you buy the conservative estimates of 2% to 4% inflation or the more troubling ones of 10% to 15%, a dollar tomorrow is not worth as much as a dollar today. Consumers who stopped spending during the pandemic will need more cash than before to purchase the same goods and services later on.

Related to inflation, many countries currently have low-interest and even negative-interest economies. Though low interest rates encourage buying, it disincentivizes lending. When there are low interest rates, there is little to no reward for supplying capital, as there may not be a guarantee of the lender making back their money. Unlike fiat currencies, Bitcoin has a limited supply, which improves the likelihood that its value will increase rather than decrease over time, making it an ideal store of value.

A world we can’t afford

To make matters worse, global wages have not kept up with the high costs of living. For example, the cost of living has gone up in the US by about 30% in the last 20 years. The UK reported increased living costs at 35% and 41% respectively for high and low-income households in the years between 2005 and 2019. The biggest contributors to these increased costs are healthcare, childcare, construction, housing costs and education.

The cost of a bachelor’s degree in the US against its return on investment over time demonstrates a stark reality. The new graduate’s average salary hovered between $45,000 and $55,000 (numbers adjusted for inflation) since 1960. Today, graduates earn about $51,000 annually. This tells us that the market places the same value on a freshly minted grad today as it did yesterday.

In the meantime, however, the cost of education has skyrocketed. Public four-year universities cost about $2,000 annually in the 1960s and about $9,000 annually today. Private school tuitions went up by even greater magnitudes. In order for new American graduates to have the same quality of life today as they would have enjoyed 50 years ago, they would need to earn at least around $200,000. That’s without factoring in the disproportionate increase in rent and medical costs they pay today.

As opposed to fiat currencies issued by a government’s central bank, Bitcoin is not controlled by any centralized body, and so, there is no entity “printing” more money to cause the inflation that results in the devaluation of currency. Even better, Bitcoin has a fixed cap on its supply, making it absolutely scarce. Not surprisingly, Bitcoin adoption has often increased in the wake of fiat market uncertainty, such as in Venezuela where hyperinflation has wrecked the bolívar’s value. Interest in Bitcoin also increased immediately after Brexit, the protests in Hong Kong and amid other economic crises around the globe.

Our economy presents a great variety of options for storing and saving money. However, most common investment tools from stocks, bonds and commodities, to bank products in particular, don’t offer the returns they should, or indeed must, in light of inflation and cost of living increases. Most US banks offer about a 0.05% annual yield or less – less than the Fed’s target inflation rate.

Direct ownership of cryptocurrency offers a first real step toward a diversified savings portfolio that can stand the test of time. If the notion of crypto as a currency feels like a stretch, consider it an asset. Bullish crypto-investors see Bitcoin as critical to long-term personal savings, citing the Pareto Principle,

“[Twenty] percent of asset classes likely will provide 80 percent of future returns, with cryptocurrency as the top-performing asset class of the last decade.”

Adam Grealish provides a perspective that should sway even the most conservative investor. In a recent Kiplinger piece he wrote,

Grealish concludes that this should be the starting point for allocating a portion of personal portfolios toward holding cryptocurrency.

Crypto is here to stay

True savings requires holding money in a way that keeps pace with – or better – beats out inflation and cost of living. This almost entirely explains the recent resurgence in popularity of cryptocurrencies and corporate strategy tacks by the likes of Elon Musk and Michael Saylor. We’re beyond hype. Cryptocurrencies are officially part of our global financial system.

Sagi Bakshi, CEO of Coinmama, is a computer science engineer with over 20 years of experience in the tech industry and an extensive background in telecommunications, ad-tech and blockchain technologies. He joins Coinmama from tech unicorn IronSource, which recently announced their IPO intention with an estimated valuation of $11 billion. Sagi was a member of the IronSource founding team and from 2011-2018 served as general manager of the company’s biggest division. A longtime crypto enthusiast who is passionate about Bitcoin and participated in the Ethereum DAO token sale, Sagi brings his expertise to Coinmama in order to lead the financial revolution.