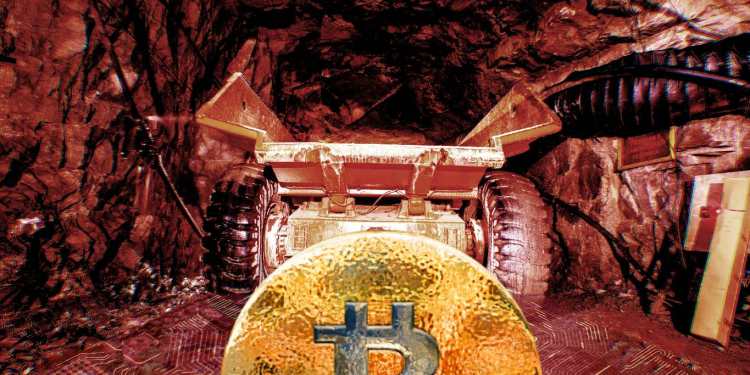 The global macro director at financial giant Fidelity, Jurrien Timmer, says he’s noticing a pattern that suggests Bitcoin’s price has not yet hit a bottom.

Citing the Elliot Wave Theory, a technical analysis method which forecasts price fluctuations by mapping out repeating patterns of waves, the Fidelity executive predicts Bitcoin could hit a low of $23,000, in the worst-case scenario, or slightly below $30,000.

“Looking at the chart pattern since the recent high of $64,870, I can’t help but notice that a textbook 5-wave decline may be unfolding… 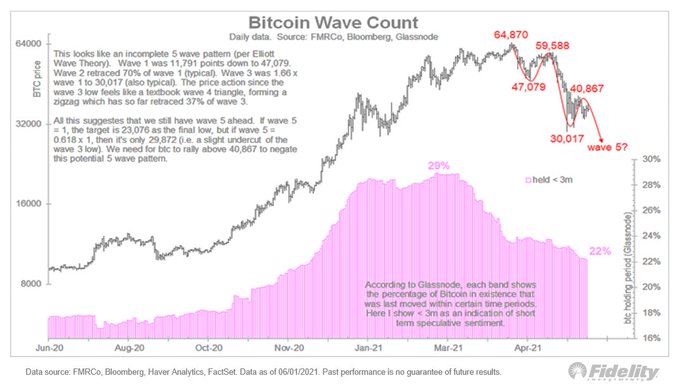 So far the recovery from the wave 3 low looks like a 4th wave zigzag retracing 37% of wave 3. In other words, everything about this wave pattern so far appears to be textbook, which suggests that a wave 5 decline could still lie ahead.

The senior Fidelity executive says he thinks BTC’s ultimate bottom will be above the $23,000 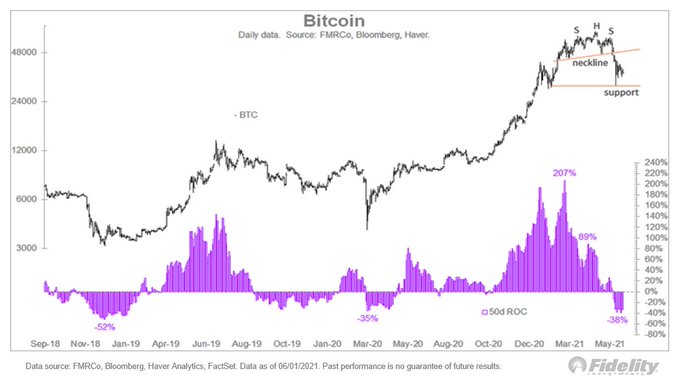 Timmer also adds that his theory could be invalidated if Bitcoin appreciates by about 10% from the current levels. At the time of writing, Bitcoin was trading at $37,300.

“What would negate the 5-wave sequence? A sustained rally above $41,000 should do it, in which case we could think of the current retest as a ‘failed 5th.’”