Bitcoin As Legal Tender – What That Means for All of Us

by Elena Obukhova
in HodlX 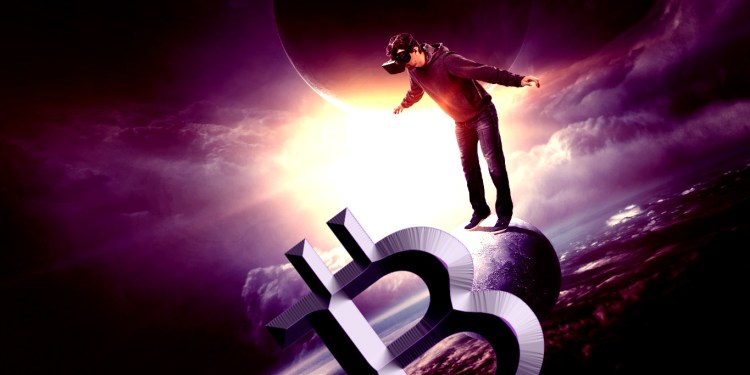 Most of us have heard the recent news that El Salvador is to become the first country to use Bitcoin as legal tender. What will that mean for the rest of the world?

Honestly, I am not surprised that the first country to do so comes from Latin America. Countries in this region have been suffering from multiple crises and economic instability. People started losing trust in the government and central banks. In 2001, for example, Argentina froze all bank accounts and only allowed small withdrawals from peso-denominated accounts. It was not the first case of the government taking such actions. Earlier, in 1982, Mexico banned US dollar accounts and converted funds to pesos automatically, which caused a 30% immediate loss for the account holders on the currency exchange.

Unfortunately, the list of such events in Latin American history is endless. Lack of trust in the public system provoked a rise of the cash economy there. Financially excluded citizens do not want to become inclusive as they simply do not trust banks. When you know that at any moment a crisis hits and the government can freeze all your accounts, you feel safer to keep all cash at home ‘under your pillow.’

What exactly is the cash economy? It’s a catch-all term to describe all the transactions and activities, both legal and illegal, that are using cash – remittances, loans, investments, savings and purchases of goods and services. People become a part of the cash economy for multiple reasons. They can have good intentions while trying to protect savings from inflation or sending money to their family. They can also have other intentions, like avoiding taxes or even purchasing illegal commodities and goods. The cash economy is not the same as a black market – instead it’s a consequence of the inefficient financial system.

Let’s go back to Latin America. Unofficial and over-the-counter markets started evolving as taxation and inflation rates were growing enormously. Many people no longer wanted to pay taxes, since fewer and fewer had faith in public services.

Recently, in its attempts to fight the crisis limiting US dollar exchange amounts, Argentina set a bar at $200 per month with an applied tax of 30%. If the US dollar is the only way for you to protect your family savings against skyrocketing inflation, what would you do? And here came the answer – cryptocurrency.

The cash economy embraces the use of cryptocurrencies in Latin America as now anyone without a bank account can be financially included. Cryptocurrencies allow people to store money digitally – and thanks to the growing decentralized finance (DeFi) industry – also earn an interest rate on top. It’s easier for businesses to do cross-border payments regardless of the country’s limitations and restrictions. Remittances are now more accessible than ever. You don’t need to line up in international cash money transferring offices, paying a large commission to send money to your family that is then converted into the inflating local currency.

El Salvador is the first but definitely not the last in this game. Bitcoin is the way to increase financial inclusion, especially when almost everyone has access to at least one phone even if it’s just one per household. Informa Telecoms & Media earlier claimed that mobile penetration in Latin America reached 100%. That’s enough to access the cryptocurrency market but not enough to set up a bank account.

What about the rest of the world, you might ask? In past years, when I was doing data science at the United Nations, I had a chance to work with lots of data from the Asian region, especially within South East Asia. It was so shocking to find out that many people in Myanmar, for example, do not have a national ID. Without this paper, you do not have any rights – or bank account eligibility. For cryptocurrency, all people are equal whether you have this piece of paper or not. Stats were also showing that people have access to mobile connection, and it’s more accessible than an ATM that can be miles away.

At that same moment, I also had an opportunity to explore the Bangladesh peer-to-peer market that was evolving. Micro credits, P2P lending and saving – all these things arising from underserved markets. People are trying to make their lives easier. Many unique, cash-based financial products are appearing within the cash economy in the developing world. Nigeria’s ISUSU, a savings and loans scheme, is one such example. This model is completely built on trust – but trust in people rather than in financial institutions. It’s a way of collective saving and lending that became a powerful tool not only for individuals but also for small businesses.

If we look closer, we will see so many similarities with those traditional fiat-based products for underserved and DeFi market products. It’s all made by people for people and based on common trust.

Cryptocurrencies are also built on trust and on people’s belief. That’s why whenever there’s a major crisis, we see people migrating to cryptocurrency. Venezuela is one such example, where the government had no other choice but to be crypto-friendly, given extreme inflation. Dash cryptocurrency built a very strong community there and made its cryptocurrency accepted in some shopping malls and parking lots, and now they are even testing a payroll system with Dash.

The recent Lebanon crisis resembles the Venezuelan one. The difference between the official dollar rate and black market rate became 13 times. That’s an enormous difference, and it drives all people into the cash economy market, where everything is done through cash or cryptocurrency. Cryptocurrency adoption started increasing drastically and will continue doing so.

El Salvador is a starting point – a case study for cryptocurrencies to go beyond the cash economy and enter the public economy. If this proves successful, we will see a massive adoption coming next, especially in countries where Bitcoin is already the main tender within the cash economy. Personally, it’s very exciting to live through such upcoming changes in the world economy where everyone can be financially inclusive regardless of income, race, age, gender and any other preferences.

Elena Obukhova is the founder and CEO at Fintech Advisory Services. Having strong expertise in business strategizing and financial modeling, Elena applies this knowledge to help SMBs to benefit from emerging technologies, assist startups with their venture building and facilitate their fundraising journey.