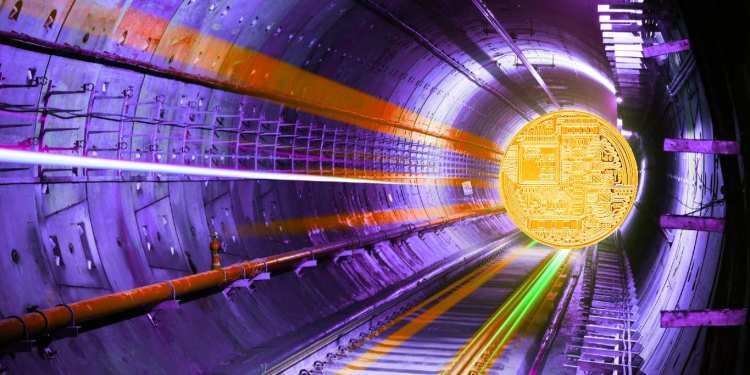 Top crypto trader and analyst Lark Davis is discussing low-cap crypto gems within the Polkadot (DOT) and Kusama (KSM) ecosystems that he says have the potential to print 100x gains.

In a new video, Davis highlights that Polkadot and Kusama (KSM), the testnet for Polkadot, are launching their parachains.

Parachains on both platforms are a form of custom blockchain that are application-specific and which communicate with the main network known as the relay chain. Parachains are what give applications built on Polkadot and Kusama smart contract functionality.

This is big for Polkadot and Kusama-based projects, notes Davis, and “people are really interested in getting a piece of the Polkadot ecosystem.”

The first asset within the ecosystems that Davis mentions is decentralized finance (DeFi) network Karura, which raised $100 million in crowd loans ahead of the Kusama parachain auctions. Karura raised the sum in the form of KSM which will then be staked on the Kusama network in order to secure a parachain slot.

Another asset that will likely do well in its crowdfunding period is Moonbeam Network, which is a bridge from Polkadot to Ethereum. Moonriver is the Kusama version of the project and acts as a bridge between Kusama and Ethereum.

Davis then goes on to mention the Polkadot-based assets that already have tokens out and may do well on the high of all the bullish Kusama and Polkadot news.

Decentralized insurance project Bridge Mutual Insurance (BMI) is one of Davis’ long-term plays. The analyst notes that BMI is working toward interoperability and sits in a very undervalued sector of the crypto market. Additionally, BMI is launching its main project imminently, and “it could be the next big insurance player,” says Davis.

Next up is cross-chain automated market maker Demodyfi (DMOD), which just launched on Uniswap (UNI). It is a Uniswap-like protocol but built on the aforementioned Moonbeam, the Polkadot-based bridge.

According to Davis, Demodyfi is positioning itself well to capture much of the liquidity in the market as it is aiming to access both Ethereum and Polkadot-based liquidity.

Next up is Kylin Network (KLY), a “Polkadot-specific oracle solution,” according to Davis.

“Decentralized finance cannot operate without having oracles… Kylin has received a Web 3 foundation grant, which in Polkadot world is a pretty big deal. Chainlink obviously by and far the leader when it comes to the oracle space, but that does not mean there is no space for other projects to come up and grab some market share.”

Splyt (SHOPX) is another coin that Davis is keeping an eye on as the Polkadot ecosystem heats up. Splyt is attempting to bring NFTs into the global supply chain, attempting to expand the use-case of the nascent sector.

Finally, Davis mentions Konomi Network (KONO), which is a decentralized money market. Davis likens the project to DeFi protocol Aave, which has a billion-dollar market cap, as Konomi also allows users to borrow or lend money out into the world.