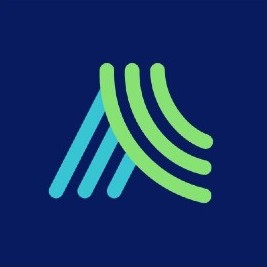 The emergence of cryptocurrency has changed a lot. The new financial instrument has become a serious competitor for traditional money. We suggest that you consider these three examples that prove digital assets can break traditions.

Back in 2015, news that a major company had invested part of its capital in Bitcoin (BTC) would have shocked the public. However, in 2021, such news would surprise no one.

Many corporations have already invested in digital assets. For example, in February 2021, Tesla bought $1.5 billion worth of Bitcoin, the world’s most capitalized cryptocurrency. Other large corporations in the blue-chip club have also become BTC investors, including MicroStrategy, MassMutual, Altshuler Shaham, Meitu, Nexon and MercadoLibre.

Many companies say they buy Bitcoin because they want to store their money in a digital asset. The logic can be explained as follows.

The graph below shows the speed of Bitcoin mining.

Thus, for many companies, Bitcoin has become not only a tool for making money, but also a way to preserve savings during a crisis.

With its growing popularity, cryptocurrencies have now securely made the list of payment methods that can be used to pay for goods and services with large companies. Here are a couple of examples of organizations that have begun accepting payment in digital assets.

Since the advent of cryptocurrencies, the authorities of many countries have attempted to fight the spread of this new financial instrument. The fact is, some digital assets, including Bitcoin, allow you to remain anonymous, and using them for transactions can be much cheaper than traditional bank transfers. These and other advantages have helped cryptocurrencies become a major competitor for traditional money.

The most striking example of digital assets triumphing over classic fiat was a situation in hyperinflation-stricken Venezuela. Given the rapid depreciation of the national currency and the inability of the government to correct the situation, Venezuelans began buying up cryptocurrencies.

In response, the government developed its own central bank digital currency (CBDC). Unfortunately, Venezuela’s ‘Petro’ did not take root among the people due to its dubious technical characteristics and security issues. However, the popularity of traditional cryptocurrencies continues to thrive there. This is indicated by the positive dynamics for Bitcoin being purchased with the national currency.

See the below graph regarding the volume of Bitcoin purchases for the national currency of Venezuela.

Meanwhile, so as not to repeat Venezuela’s mistake, other countries have begun creating digital versions of their own national currencies that are more technically advanced. As of early June 2021, a world map showing CBDC development looks like this.

How to make money off cryptocurrency while it’s breaking traditions

The interest of businesses and the authorities in digital assets can easily be converted into income through the purchase of cryptocurrencies. An example of a platform where you can quickly and profitably buy interesting coins to profit from is Alfacash.

Despite being a new financial instrument, cryptocurrency has managed to radically change the financial world. In 2021, digital assets have penetrated various industries – from business, to public administration. In the future, the influence of cryptocurrencies on the markets will likely continue to grow. You can potentially make money off these changes using platforms like Alfacash.