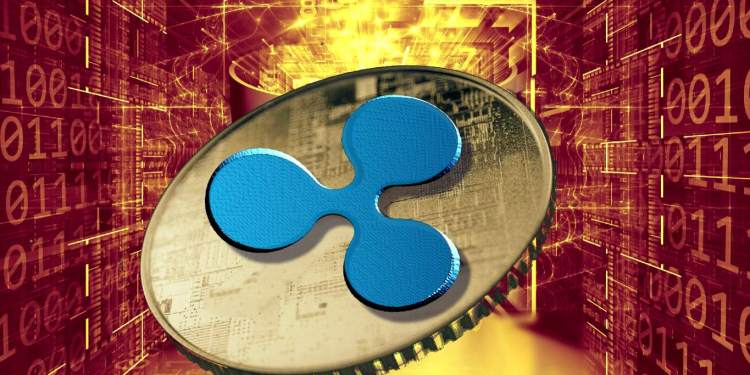 What a difference six months make in the world of cryptocurrencies. In December 2020, an SEC lawsuit threatened to expel Ripple from the crypto landscape for good. The complaint by the U.S. Securities and Exchange Commission alleged that Ripple was too centralized to be regarded as a cryptocurrency, and thus must be recognized as an unregistered security.

Fast forward to May 2021, and there’s speculation that Ripple may become the first cryptocurrency to launch an initial public offering. So, what’s changed? And can Ripple come back from the brink to become a trailblazer in digital finance?

Speculation surrounding Ripple’s IPO resurfaced during an earnings presentation call in which Yoshitaka Kitao, CEO of Japanese financial giants and the largest Ripple shareholders, SBI Group, claimed that Ripple executives were planning to go public once the SEC lawsuit is fully settled.

For SBI Group, a Ripple IPO would be a major boost for the company. Kitao also anticipated that a listing has the potential to trigger more interest in other SBI Group investments in the future, such as those surrounding blockchain consortium R3.

However, it’s important to note that for now, Ripple’s executives are intent on securing legal victories and increasing the adoption of cross-border remittances tokens outside of the US.

As the chart above shows, the performance of Ripple’s token, XRP, has been erratic to say the least, with a visible downturn in late December following the SEC lawsuit. but the coin started taking on a significantly more optimistic lease on life in the spring of 2021, bolstered by market optimism and social media sentiment.

The ‘natural evolution’ for Ripple

Garlinghouse has even directly referenced a prospective IPO by Ripple in the past, although the plan never took off.

Buoyed by new investor confidence, Ripple may find itself in a position of power in filing for a public flotation. In the wake of Coinbase’s direct listing, there’s a brand new emphasis on cryptocurrency entities to transition into public markets. While Ripple appears receptive to the idea, it will first need to wait on the final verdict of the SEC lawsuit filed against the company in December 2020, of which the company has already secured a few legal victories.

Despite highlighting a public listing as a ‘natural evolution’ for Ripple, Garlinghouse may be mindful of exercising caution in the wake of Coinbase’s difficult April debut on the Nasdaq, with shares consistently slumping.

The disappointing debut of Coinbase may be an indicator that crypto entities are overpriced in the current market or that investors aren’t yet ready to trust cryptocurrency companies.

Plenty of room for crypto pioneers

Despite a troubled start to life on the public market, Coinbase has paved the way for more crypto pioneers to step up and emerge on Wall Street.

“I think you will see a lot more activity in the crypto space in terms of companies going public, use cases, regulators warming up to it. It all depends on Bitcoin, how Bitcoin is doing and how the regulatory landscape is shaping up.”

As Rao rightly points out, much of the future of the crypto market and its validation on Wall Street will heavily depend on the fortunes of Bitcoin. The world’s most famous cryptocurrency has faced a turbulent time in recent weeks as Tesla CEO Elon Musk recently distanced himself from the coin, citing the cryptocurrency’s poor impact on the environment – causing BTC to tumble 13% in a matter of hours.

However, Maxim Manturov, head of investment research at Freedom Finance Europe, notes that the global IPO market has become far more receptive to stocks surrounding technology and other innovative fields.

“The Covid-19 pandemic supplied additional reasons for the retail investment market to grow. To support the economy, most countries adopted stimulating policies, which brought both the loan and deposit interest rates to historic lows.”

“A great number of retail investors buy shares of the companies, which are well-known and highly volatile, and post hundreds of percent market cap gains, yearly. Such investors are often referred to as Robin Hoods – they like investing into technology, biopharma and SPAC companies.”

For many companies like Ripple that are toying with the idea of going public, much of their ambitions will rest on the whims of the highly volatile crypto market and Bitcoin’s ongoing post-halving rally in 2021. With huge levels of new interest entering the marketplace, the rise of the world’s most famous cryptocurrency will be a driving force for widespread acceptance of other companies operating in the same space.

Dmytro Spilka is a tech and finance writer based in London. Founder of Solvid and Pridicto. His work has been published in Investing.com, IBM, Investment Week, FXStreet, Entrepreneur and FXEmpire.