These Four Crypto Assets Are Primed To Erupt in July, According to Trader Aaron Arnold 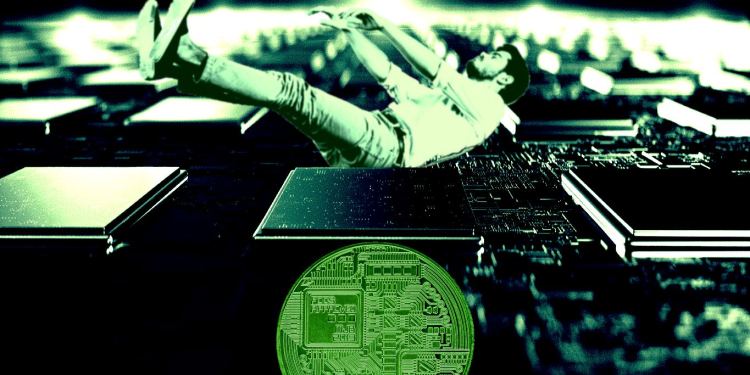 Closely-followed crypto analyst Aaron Arnold is naming four digital assets that he says are more ready than any to catch fire this month.

In a new video, the host of Altcoin Daily starts off his list with Cardano (ADA), which according to the analyst, currently has undeniable growth potential.

Arnold takes note of Cardano leading the crypto space in total value locked up via staking. With over $31 billion worth of ADA now being staked in the protocol, the trader says further price appreciation is likely on the horizon.

“Make no mistake about it, [Grayscale] adding Cardano is a big green flag.”

Coin number two on Arnold’s list for this month is Ethereum (ETH). The crypto analyst reminds his 869,000 subscribers that ETH supply on exchanges is currently at its lowest since November 2018.

He also references statements from JP Morgan predicting that coming upgrades to Ethereum could spark a new $40 billion industry for staking that the leading smart contract platform is poised to lead.

“I mean honestly, this is Etheruem’s cycle to lose in my opinion. I’ve been saying that for a while. I mean the people, the excitement, the infrastructure, the people supporting Etheruem, it’s huge.”

Arnold’s third crypto pick for July is decentralized oracle network Chainlink (LINK). The trader cites Chainlink’s long list of integrations as one bullish catalyst that could send it blasting off into the stratosphere in the near future.

As long as the crypto space remains in a bullish trend, Arnold says LINK will be one of the hottest projects on the market.

“What they have since inception is undeniable, from their integration to their ecosystem. As long as Bitcoin, as long as cryptocurrency is in a bull market, which I believe it is, Chainlink is going to do very very well because what they do is so big and so undeniable.”

The Altcoin Daily host’s last crypto asset that he says is ready to explode this month is the world’s leading digital asset, Bitcoin. Arnold references a tweet from on-chain analyst Willy Woo about how the Federal Reserve may be relying on Bitcoin’s branding to promote their own ideas for the new digital economy.

It’s 2021 and the Federal Reserve of the United States leans on the strength of #Bitcoin’s branding to get their own message out. Real life stranger than fiction. https://t.co/TVAAh6d94x

The crypto trader notes that long-term holders of Bitcoin who are willing to tough it out through some turbulence tend to come out of it on top. According to him, Bitcoin holds the title of the “ultimate mover” of the crypto markets.