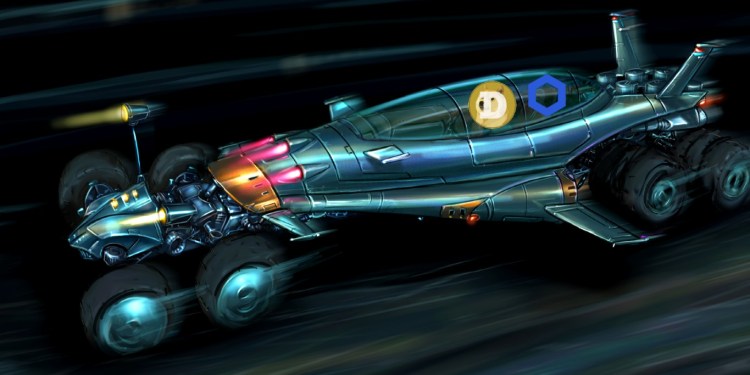 In a new video, the host of Altcoin Daily tells his 872,000 subscribers that he’s keeping a close eye on virtual reality-focused Decentraland and its ERC20 token MANA.

Arnold notes that Decentraland is set to host one of Ethereum’s first music festivals this week. Along with a plethora of music, Decentraland promises to roll out hundreds of exclusive non-fungible tokens (NFTs) to attendees of the live music festival.

“So Decentraland is a leader in blockchain-based virtual worlds and gaming, and they’re having a music festival, and a lot of Ethereum heads are looking forward to it.”

Next on Arnold’s list is Dogecoin (DOGE), the popular meme crypto which has skyrocketed over 10,000% in a span of one year, according to CoinGecko.

Arnold takes note of a promotional event for the DOGE-powered mobile game Million Doge Disco. The augmented reality game encourages users to film themselves dancing alongside an animated Shiba Inu and go treasure hunting around their local area to track down DOGE coins and various DOGE NFTs.

Coin number three is layer 2 scaling solution Polygon (MATIC). The trader believes MATIC is set to surge after recently announcing its integration of yield-optimizing vaults on the Maker Network, starting with initial liquidity funding of $50 million in MATIC tokens.

“With the recent integration, it means the protocol has now broadened in scope, vision and transformation to become an Ethereum scaling aggregator.

Next up is the decentralized oracle network Chainlink (LINK). The crypto trader observes that Chainlink recently hit a total of 618 integrations on its network, most recently with Nifty Royale, a non-fungible token (NFT) marketplace that uses LINK to power blockchain-based battle royale games.

“I’m neutral on Nifty Royale. I share this with you because day after day, week after week, Chainlink does stuff like this.”

The last coin on Arnold’s radar is Elrond (EGLD), a blockchain protocol built for super fast, secure, low-cost and highly scalable transactions. He notes that he’s bullish on Elrond for similar reasons to why he’s bullish on Chainlink.

“Similar to Chainlink, Elrond is integrating and making partnerships, and what they’re doing is very similar to the tenacity we’re seeing with Chainlink.

So although Elrond is not an old-timer on the cryptocurrency scene, it has already had a myriad of partners and keeps growing week on week, month on month. No wonder EGLD’s price has increased 22% in the last seven days.”