Bottom Could Be In for These Five Low-Cap Altcoins, According to Analyst Michaël Van De Poppe 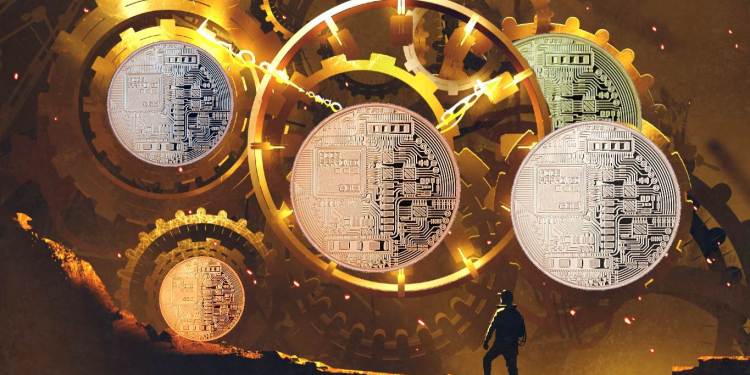 Prominent crypto strategist and trader Michaël van de Poppe says the bottom could be in for five low-cap altcoins.

The top crypto trader tells his 352,300 followers that he’s looking at Skale, a blockchain network that allows developers to create and provide decentralized chains that are completely compatible with Ethereum.

According to Van de Poppe, Skale is currently consolidating against Bitcoin (SKL/BTC) as it continues to trade above heavy support of 0.00000629.

“This one is still consolidating on a level pre-rally levels. A great one for entries around these zones.”

Another coin on Van de Poppe’s watchlist is blockchain scaling solution Polygon (MATIC), which he says is poised for a strong bounce after touching critical support at $0.97.

“This one is the same as SKL. On heavy support, through which it seems likely that it’s bottomed out relatively soon and ready for a relief rally. $1.35 and $1.60 are next then.”

The third altcoin is the hybrid blockchain platform ICON. Van de Poppe says the crypto asset is gearing up to print a higher low against Bitcoin (ICX/BTC) at 0.000025 after rallying from a key support level. According to the crypto analyst, a bullish higher low setup could be the trigger that catapults the pair to 0.000041, representing a potential surge of 64%.

Coin number four is Fantom, a network of custom blockchains that aims to power smart cities. Van de Poppe notes that Fantom has bounced from heavy support at 0.000006 against Bitcoin (FTM/BTC), and the pair must now take out its immediate resistance to ignite a strong rally.

“Points of interest are very clear and breaking the upper resistance around 780 sats (0.0000078) should push this one up heavily.”

The last coin on Van de Poppe’s radar is the high-throughput blockchain Zilliqa (ZIL). The trader says he expects ZIL to once again hit critical support at $0.06 before launching a 233% rally to his target of $0.20.