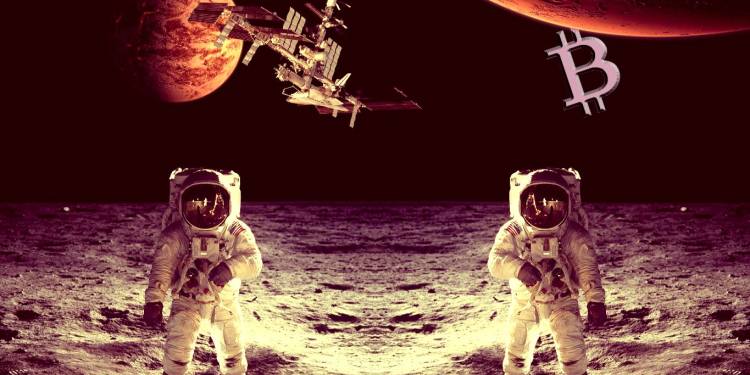 Seasoned trader Peter Brandt says the price of Bitcoin will not soar higher until the flagship cryptocurrency can surmount a rally to take out crucial resistance areas.

Brandt says that Bitcoin has been stuck in a range roughly between $30,000 and $40,0000 for over three weeks, indicating that bulls are not in control of the market.

“For now, price has been unable to get off the mat. 23 straight days in the lower half of trading range. No ‘moonshot’ until it can get off its knees.”

According to Brandt’s chart, Bitcoin is facing two resistances above $35,000 and $40,000. He has previously said that bulls have to make a move to keep the market from falling further.

The veteran trader adds that the head and shoulders (H and S) pattern that formed nearly two months ago is already complete as the king crypto crashed by around 30% after breaking the formation’s neckline. Traders see the head and shoulders pattern as a bearish signal as it indicates the reversal of an uptrend.

Brandt is also keeping a close watch on the price action of Dogecoin. According to the veteran trader, it’s also forming a head and shoulders pattern with neckline support at $0.20.

While the head and shoulders formation looks bearish, the seasoned trader formation highlights that a DOGE trend reversal will not necessarily happen as technical trading patterns often fail.

“Must be pointed out always that a pattern is not a pattern until it is completed. Then at that point, a completed pattern can do several things:

At time of writing, Dogecoin is trading at $0.20 according to CoinMarketCap.