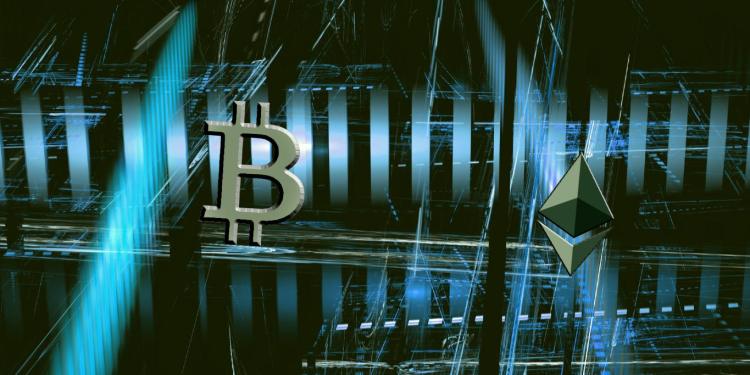 Van de Poppe tells his 352,000 Twitter followers that Bitcoin continues to consolidate in the low-$30,000 range.

He says, however, that if the top cryptocurrency falls from the $32,500 area, it will likely shoot down to $31,000, which he sees as one of the final barriers to a sharp decline.

“Bitcoin still barely holding support here. If this is lost, I’m looking at the final hurdle around $31K for support on this one.

On the flip side, $34,673 is the key point of resistance that Bitcoin needs to break to continue its ascent, according to Van de Poppe. BTC has been rejected twice at that resistance point in the past month.

Van de Poppe is looking for Ethereum, in its Bitcoin pair, to hold 0.057 satoshis (sats) and break through resistance at 0.063 sats.

If ETH/BTC can break through that difficult zone, the next point of resistance will be at 0.074 sats, according to Van de Poppe.

The trader also takes a look at decentralized supply-chain tracker VeChain (VET), which he says remains in a downtrend against Bitcoin.

According to Van de Poppe, VET will likely re-test critical support at 0.0000025 sats. If that support holds, VET could bounce toward upward resistance at 0.00000273 sats.

“The view on VET hasn’t changed, in which we’re still trending down. Critical support, for me, is given.”

Cross-chain decentralized finance (DeFi) lending protocol Kava is also following the trader’s expected path as it touches down on support at 0.00127 sats.

If Kava tests resistance again at 0.000144, the asset will likely break to the upside and head for the next resistance zone at 0.00023, according to Van de Poppe.