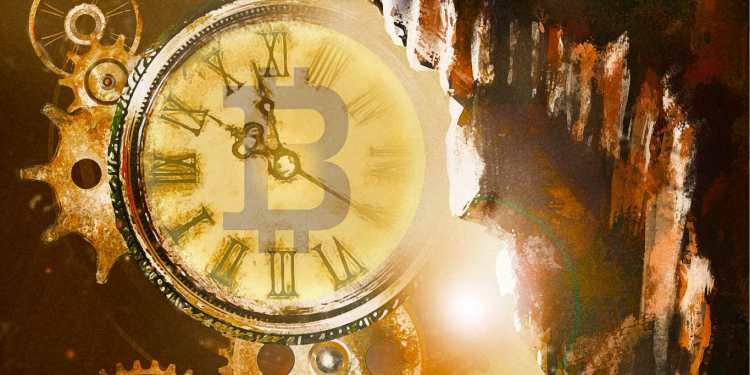 Investment strategist Lyn Alden says that she’s looking at a fundamental catalyst that potentially triggered the start of Bitcoin’s trend reversal this year.

In an interview with Angelo Robles, CEO of Family Office Association, Alden explains how institutional investors took advantage of the trading opportunities presented by the Grayscale Bitcoin Trust (GBTC).

“The Grayscale Bitcoin Trust has, for a while, been one of the only publicly traded vehicles that you can access Bitcoin with for investors that prefer to access a brokerage account. Institutional investors could also use it. In addition to people buying Bitcoin through that trust, there’s also a neutral arbitrage trade there … For most of its history because it’s a rather unique vehicle, it traded at a premium to NAV (Net Asset Value). And so what people could do was they could you know buy in at NAV with these six-month lock-up periods…

So for some people, they just were happy to be long that fund, whereas other people did it specifically to collect the premium. And so what they would do was they would get it at NAV, they would short an equal amount of Bitcoin and so they have a neutral position.

And then after the six-month lock-up period, they can sell their GBTC shares, they can undo their Bitcoin short and whatever the premium over NAV is, they get to collect that. They can do it again. They can do it every six months.”

Alden highlights that while institutional investors could sell their GBTC shares, the Bitcoin involved cannot be sold back into the market.

“Bitcoin is not redeemable from that trust so that Bitcoin is permanently in the trust now. It converted liquid Bitcoin from exchanges into illiquid Bitcoin and cold storage. When that was repeated over and over again, it was kind of a ‘Hotel California’ for Bitcoin. GBTC was the largest buyer of Bitcoin in the second half of 2020.”

The prominent investment analyst says that the entry of competitors eroded demand for GBTC, therefore reducing the rate at which BTC gets locked up in cold storage.

“So now with GBTC having competition from the Canadian Bitcoin ETF, from some European exchange-traded products, from easier Skybridge Bitcoin fund, all these other things that are generally cheaper, Grayscale’s now got a discount to NAV. And so that trade is over…

And so basically that biggest buyer is removed from the market. And so when we saw that happen back in say January 2021, Bitcoin started to kind of consolidate for a little while, kind of made new highs but the momentum was kind of weaker.

And then we started to get that Elon concerns, it kind of impacted a market that was already kind of on its sideways consolidation. And so that kind of helped trigger the decline. And so I think that played a role. But I think the more underlying thing was just a supply and demand balance for Bitcoin itself.”