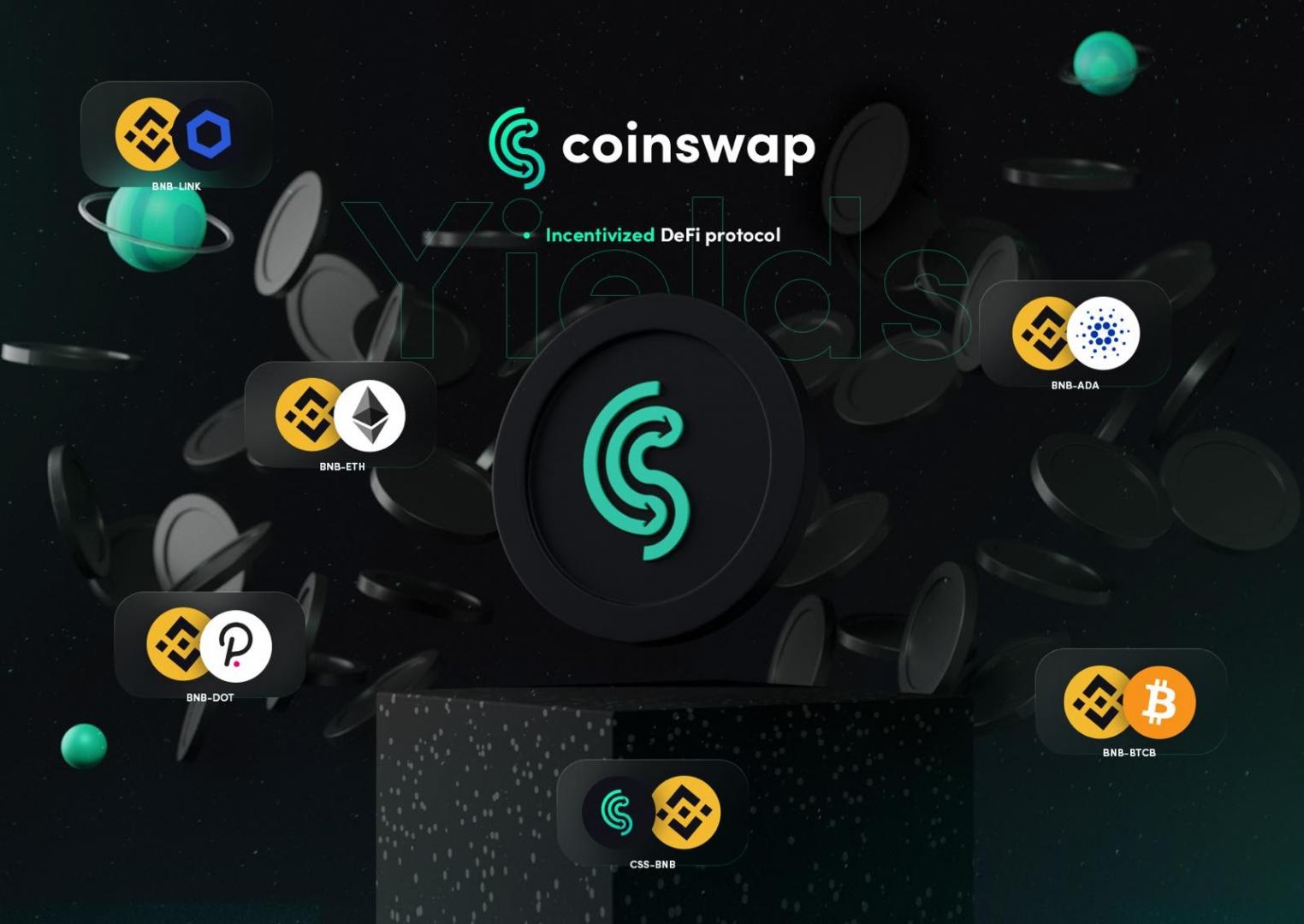 CoinSwap Space, a decentralized exchange on the Binance Smart Chain, this week announced the option to stake their native CSS token and earn rewards in ADA. This new feature, along with the ability to earn rewards in ETH and LINK, is one of a trio of staking options for CSS that has recently been launched. These new staking options offer users rewards in major crypto tokens, allowing them to minimize risk due to market volatility.

CoinSwap was launched this year on April 30th with a comprehensive suite of DeFi options. Since then, the decentralized exchange has attracted new users through its ease of use and its low transaction fees which, at $0.20, are even less than the already very affordable PancakeSwap. Similar to PancakeSwap, CoinSwap utilizes the automated market maker (AMM) model which allows its users to add capital to liquidity pools in return for native CSS tokens.

Since the launch, CoinSwap has seen many new pairs, new features, and new staking options launched on the DEX. The goal of CoinSwap is to supply a myriad of different DeFi features on one easy-to-use interface and, in doing so, make DeFi more accessible to the average retail investor.

CoinSwap has several features that users can utilize to make interacting with DeFi easier and quicker. For example, CoinSwap offers a mass harvest and mass staking option. These features allow CoinSwap users to instantly harvest all of the returns across all of their liquidity pools and either send them directly to their wallet or compound them by staking them on CoinSwap. As well as being easier and taking just a couple of clicks to do, this is also cheaper as all of the tokens are collected via just one transaction on the BSC.

The recent volatility in the crypto market has been particularly hard on small cap tokens. While major tokens like Bitcoin and Ethereum are currently a little above 40% of their all-time high, some smaller tokens have seen losses of nearly 97%. This is why CoinSwap is offering rewards in LINK, ETH and now ADA. The long-term viability of these tokens should protect them from the heaviest losses.

Currently, as crypto might be entering a bear market, a lot of investors are seeking a place to store funds for the long term. Having the option to earn rewards in these tokens makes CoinSwap worthy of consideration for this long-term storage. Another point that makes CoinSwap viable in the long term is that CSS tokens, unlike PancakeSwaps native CAKE tokens, have a hard cap. The hard cap of 19,999,999 together with the fact that the community can decide every step of the way for CSS to become more deflationary, should provide some stability through a bear market.

CoinSwap is also a rare case given its audit before launch by Certik, one of the most trusted security technology companies in the blockchain industry. Certik carried out security audits of CoinSwap’s smart contracts by testing them with an industry-leading Formal Verification Tool. The audit verifies the ability of CoinSwap’s liquidity pools and staking pools to stand up against hacks.

CoinSwap Space is a suite of DeFi services built on the Binance Smart Chain. It primarily features a decentralized exchange founded on the automated market maker model (AMM) that provides the lowest fees on BSC. CoinSwap users can earn the CSS token by staking and farming capital. Users also benefit from smart routing, guaranteeing maximum yields and the lowest slippage available.