Will Ethereum Become the Deflationary Asset of the Decade?

by Iaos Barman
in HodlX 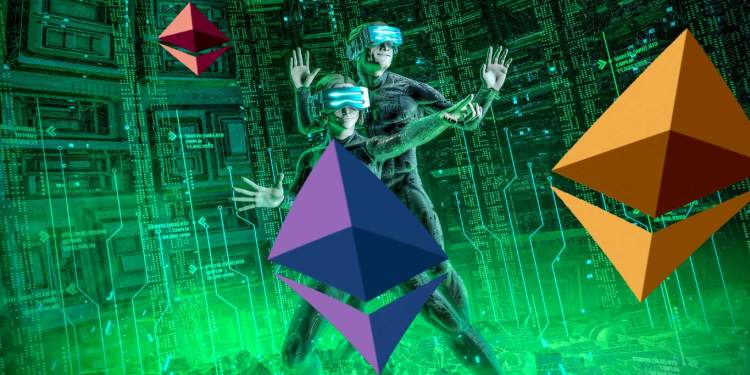 Much has been touted about Ethereum’s EIP-1559 update. Many claim it is the answer we’ve been waiting for in terms of reducing congestion and exorbitant gas fees. Others claim the update will turn Ethereum from an inflationary asset into a deflationary asset and could even help it ‘flip’ Bitcoin in the process. I’ve even heard that it will actually benefit miners.

Ah, yes – so much promise and optimism. But is the enthusiasm around the EIP-1559 update justified? Is it all as rosy as it seems? Or is there a bearish case for this update? What exactly is EIP-1559?

I will attempt to answer these questions while giving a unique insight into the EIP-1559 update and what it could mean for Ethereum going forward.

Firstly, let me tell you what EIP-1559 is not. It is not a crypto angel from the heavens who has come to give us cheaper fees. It is not ETH 2.0 (the update where Ethereum changes from proof of work to proof of stake). It is not an upgrade that takes all power away from the ETH miners.

EIP-1559 is an update designed to make transactions more efficient by using a system that burns the base fee and only uses tips as a gas fee. The base fee is the predetermined price you pay for a transaction on the Ethereum network. The base fee will adjust based on the activity on the network and the demand for block space. Tips are an optional additional fee you can pay to incentivize miners to speed up your transaction.

EIP-1559 aims to make transaction fees less volatile and more predictable. It will do this by using an algorithmic model to automatically adjust costs by a factor of 1.125x, at most, per block.

Essentially, the EIP-1559 update is designed to limit the volatility of the transaction fees.

Once ETH 2.0 is introduced, Ethereum will change from a proof-of-work protocol to a proof-of-stake protocol. This is considered to be one of the most significant upgrades we have seen in the cryptocurrency space. It will help add to the scarcity of Ethereum and could help it rival Bitcoin as a store of value. This could arguably be the biggest update in Ethereum’s history.

The EIP-1559 update is an important milestone on the roadmap towards ETH 2.0. In theory, it is the first update with a deflationary aspect. One hundred percent of the base fees used for transactions will be burned. This burn can counterbalance Ethereum’s inflation. The higher the demand, the more ETH will be burned. This could be very positive for the Ethereum price as it adds to the scarcity of the asset.

EIP-1559 adding a deflationary burn mechanism for Etherum while theoretically reducing the cost of fees can make for a more efficient system. It does seem like a bullish move from the smart contract powerhouse. It is a big step towards ETH 2.0. Only time will tell if the price follows the positive sentiment surrounding the EIP-1559 update.

High fees are caused by limited network capacity to process transactions. The EIP-1559 update will have little to no bearing on how many transactions the network can handle.

Although EIP-1559 will prevent miners from extracting value from base fees. It will not fully eliminate the miner’s ability to extract value from users. The transactions people pay for inclusion are actually a very small percentage of the eventual MEV market. Daily income from MEV has grown from half a million this year to $6 million in June. This exponential rise will most likely continue regardless of EIP-1559.

Now, let’s deal with the elephant in the room that nobody wants to talk about. Users can speed up their transaction fees by tipping miners. Ethereum is the predominant smart contract platform and will most likely continue to grow exponentially. With growth comes even more new users and even more network congestion.

So, what happens when a large number of users are simultaneously willing to tip miners to speed up their transactions? Will that not cause a ‘fees war’ among users worse than we’ve seen previous to EIP-1559?

What does it mean?

All in all, Ethereum’s EIP-1559 update is a huge step toward the much anticipated ETH 2.0. It has also laid down the foundation for Ethereum’s next major update in December – the ‘difficulty bomb.’

At its core, the ‘difficulty bomb’ will aim to increase mining difficulty while simultaneously reducing block rewards. The difficulty adjustment will decrease the profitability for mining, making it less attractive for miners. The thought process is to incentivize miners to migrate from the proof-of-work system into the proof-of-stake system.

EIP-1559 is setting the tone for what’s coming down the pipeline for the Ethereum network.

The burning mechanism is the first we’ve seen from the protocol in terms of counteracting its inflationary attributes. The base fee hints at the protocol’s direction in trying to take some of the power away from miners. The EIP-1559 update is paving the way for future progress regardless of whether it turns out to be bullish or bearish for price in the short term.

One thing is certain – the future is bright for Ethereum. The constant innovation is clear for everyone to see. The Berlin update was big, the London Fork is bigger and the ‘difficulty bomb’ is set to blow people away in December.

The EIP-1559 update is further proof of this progress. It’s reducing the volatility of transaction fees. It’s empowering developers to make more sophisticated contracts. It’s making the whole ecosystem run more efficiently. It’s turning an inflationary asset into what could be one of the most sought-after deflationary assets this decade.

There has been a dark cloud looming over the crypto space for a while now, and EIP-1559 may just be the light we need to break through it.

Iaos Barman is a community manager for Gate.io who specializes in writing, marketing and content creation.