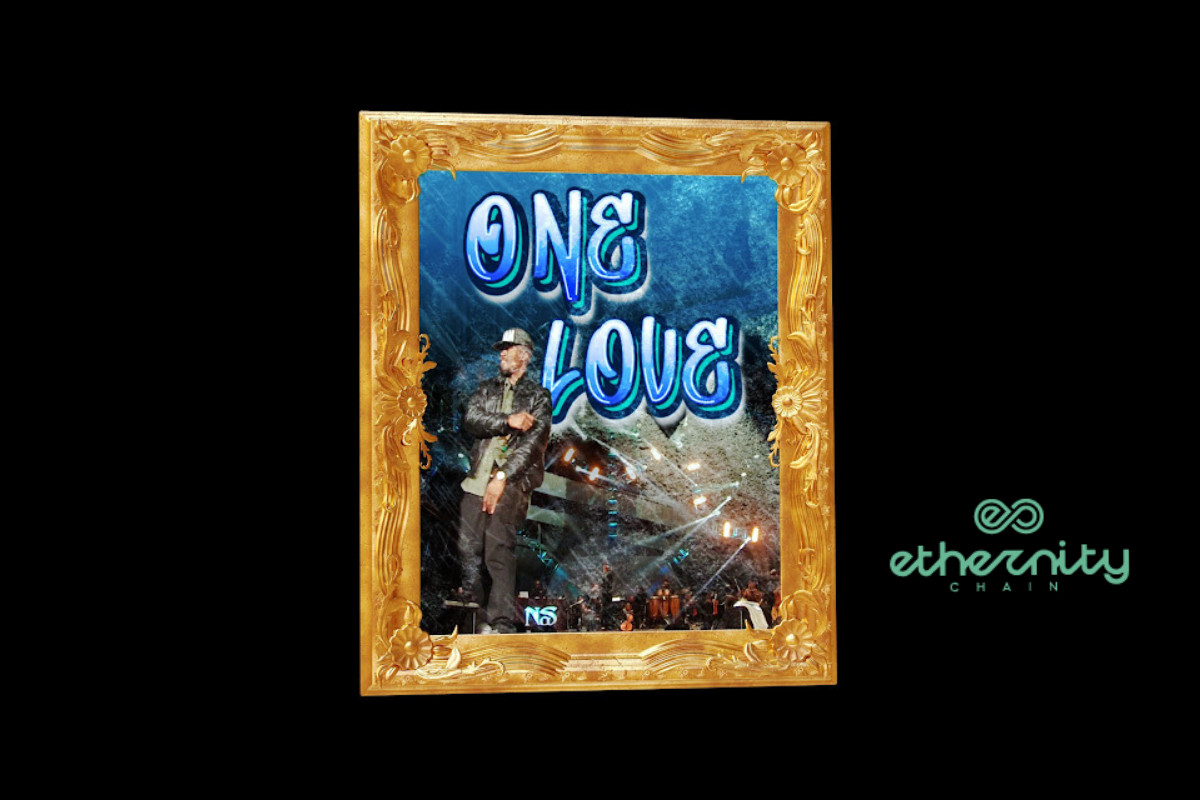 Ethernity Chain is proud to announce that another unique NFT collection is coming to its ecosystem. This aNFT (authenticated NFT) collection contains unreleased and never-before-seen footage of Nas performing a sold-out show of Illmatic with a full orchestra in South Africa on the anniversary of the end of apartheid. This drop is made possible with the help of Audio Up and will occur on July 31, 2021.

The connection between Nas and apartheid is intriguing. Ending apartheid in South Africa was a major milestone that coincided with the 1994 US release of Illmatic, Nas’s debut studio album. Before abolishing apartheid, it would not have been possible for an African-American hip-hop artist to perform in front of a wide audience as Nas did in 2014. So, having Nas perform on the 20th anniversary marking the end of apartheid made a lot of sense. Additionally, this crossover anniversary highlighted a crucial reason why apartheid needed to be abolished.

The fact that the performance was held signaled a crucial change and is part of the broader narrative of how hip-hop is a defining force for African-American voices globally. Additionally, it has become the definitive global music genre that tops streaming and sales charts globally – even today.

In 2013, Jared Gutstadt, founder of Audio Up, had a wild idea to create orchestral tracks based on Illmatic – it would be legendary. Due to a chance meeting between Nas and Jared, they started working on bringing this vision to life. Jared composed the orchestral tracks, partnered with an orchestra, and Nas crushed it by performing his lyrics over the music to a live audience in 2014. This NFT collection is compiled from never-before-seen footage of that performance.

As serendipity would have it, the date of that performance in South Africa fell upon the anniversary of the end of apartheid. Coincidentally, the anniversary of the Nas Illmatic album release also falls on this date. The charitable beneficiary of this collection is the We Are Family Foundation, founded by legendary musician and producer Nile Rodgers. The foundation focuses on initiatives that unite the world.

These proceeds will benefit WAFF’s Youth to the Front program. Nile has personal experiences as a creator showcasing his craft in South Africa at the end of apartheid. His song ‘We Are Family’ gave Nelson Mandela hope when he was still imprisoned in South Africa.

Nile composed the music for the movie ‘Coming To America,’ which was the first movie premiere shown to an integrated audience in South Africa. The synergy of Nas and Nile’s creative talents, coupled with the power of their music, to unite diverse groups of people makes this collection one of great importance for fans – as well as a marker for this moment in history. It’s an ode to how far we have come and a reminder of how far we have to go.

Ethernity is the groundbreaking authenticated NFT project that auctions verified artwork featuring the top artists and stars from sports, music, film, gaming, tech, history and entertainment. Each of these digital artworks is represented as a non-fungible token (NFT). The pieces feature well-known public figures, and a portion of all funds raised from the endeavor will be donated to charitable causes. Ethernity Chain combines the utility of DeFi and merges it with NFTs to create an exclusive pipeline to rare, collectible content from notable figures and well-established digital artists.

About Audio Up Media

Audio Up Media is a podcast content production studio, housing a world of infinite audio-based properties. Run by Audio Up CEO and Adweek’s 2020 ‘Podcast Innovator of the Year’ and ‘Podcast Producer of the Year’ recipient, Jared Gutstadt (formerly of the Jingle Punks), Audio Up is building an ecosystem of premium entertainment content within the music and audio space. From fictional scripted podcasts, which include a Marvel-like universe of musicals where the records themselves become the story foundation, to one-on-one interview formats, Audio Up’s goal is to create a new and innovative form of IP. They are bringing audio blockbusters to life and taking this media from black-and-white into technicolor. Current properties include the riveting top 20 crime podcast ‘Where The Bodies Are Buried,’ Michael Cohen’s new chart-topping podcast ‘Mea Culpa’ and Tom Green’s ‘The Tom Green Interview.’ Their recent projects include ‘Make It Up As We Go’ with Scarlett Burke, Miranda Lambert, Lindsay Ell and other huge country entertainment names, and a four-part scripted Halloween podcast ‘Halloween in Hell’ with Machine Gun Kelly, 24kGoldn and iann dior. Up next, Audio Up will debut ‘Sonic Leap,’ featuring Hero The Band, and ‘Uncle Drank: The Totally Hammered Podcast’ starring Gary Busy and Dennis Quaid.