From Ether-Run Drones to a Smart City on Polkadot, Tech Teams Reimagine the World 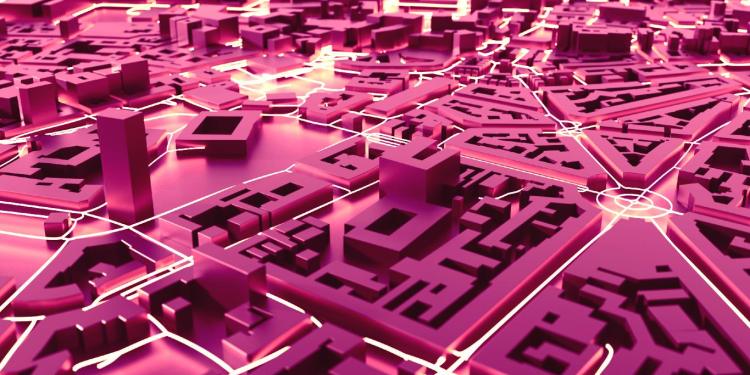 In The Rise of Autonomous Smart Cities, Zaheer Allam underscores the transformation of urban concepts: “moving from the initial concept of Global city, to Sustainable City, the Resilient City, to the Creative City and to, most recently, Smart Cities.”

The author mentions the city of Santander, Spain, where 20,000 sensors have been distributed since 2009.

The concept of smart cities isn’t new. But the notion that blockchain technology will be its foundation is gaining popularity. In this article, we will discuss how the Polkadot platform can become the basis of such an infrastructure, and we will aim to foresee the evolution and benefits of building smart cities on this Web 3.0 protocol.

Smart cities in a nutshell and three use cases

A smart city is a city in which technology is used to deliver services and address the issues of its residents without intermediaries. A smart city improves transportation and accessibility, enhances social services, promotes sustainability, and empowers its residents.

The Dubai Blockchain Strategy was announced in 2016 by the capital of the United Arab Emirates in partnership with the Smart Dubai Office and the Dubai Future Foundation. By early 2020, the initiative resulted in over 24 applications across 8 industries, establishing Dubai as a world leader in blockchain technology. One significant initiative is to allow residents to use blockchain to pay for some government services.

In 2018, Blockchains, LLC purchased about 67,000 acres of industrial park land outside Reno, Nevada. Management intends to develop a new type of smart city (and society) based on blockchain technology and micro-transactions between people and machines. The project includes plans for a highly secure, high-tech “Blockchains Campus,” which will attempt to combine blockchain technology with AI, 3D printing, and nanotechnology. Residential units could potentially offer an alternative living environment for thousands of enthusiasts.

Zug in Switzerland is sometimes referred to as Crypto Valley since it hosts over 450 blockchain-based organizations. Interestingly, the city permits the use of Bitcoin for some government payments. In 2017, it allowed the use of blockchains as an identity solution for selected services.

The authors of a United for Smart Sustainable Cities report have evaluated 13 blockchain use cases for cities based on 22 characteristics and their fit with 17 “Sustainable Development Goals” of the United Nations. Researchers relied on what they call the “4S framework” – which comprises situation, sustainability, smartness and suitability – to analyze the necessity and fit of blockchain technology tested in The Hague, Amsterdam, Barcelona, Moscow, Republic of Georgia, South Holland, and Northeast Italy.

Cyber-physical systems as the base of the digital economy

To combine the aforementioned cases into a single ecosystem and operate it automatically, a cyber-physical system (CPS) is required. A CPS consists of computational and physical elements, receives data from the environment via thousands of sensors, and further optimizes processes. A CPS can be used to measure, control, and integrate the physical activities of a smart city within three domains: energy, mobility, and communications.

Notably, devices play a crucial role in making urban areas “smarter” by collecting data, notifying stakeholders about any significant changes, and even interacting with other devices. It starts with energy-consumption detectors like Ecoisme. While Ecoisme was ahead of its time and didn’t manage to find the market fit, other projects emerged.

DAO IPCI is an open-source blockchain protocol designed for carbon market instruments, such as carbon compliance units, carbon offset credits, other environmental mitigation credits, environmental assets, rights and liabilities registration, accounting, and transaction data. It is one of the founding members of the Climate Chain Coalition.

Back in 2015, when the first Ethereum nodes launched, various teams started to apply this technology to robotics and IoT (Internet of things). Before the infamous DAO incident, developers of Slock.it described how users could interact with each other without meeting or trusting another person. The Robonomics team, too, was experimenting with smart contracts and presented a project for managing drones using the Ethereum network.

In 2018, nonprofit alliance MOBI united a great number of the world’s largest automakers as well as startups, governments, NGOs, and smart city leaders to work on standards for mobility in autonomous cities. MOBI’s mission is to make transportation more efficient, safer, environmentally friendly, and less crowded. Among its notable members are Consensys, IBM, Enterprise Ethereum Alliance, and R3.

From the telegraph to Starlink, humans strive to improve communications. Cities of the future could also add a layer of continuous machine-to-machine (M2M) communication, thanks to 5G connectivity. Blockchain yet again is a relevant medium for storing and exchanging data, for it is an append-only immutable ledger. INATBA is another alliance that can help the European Union achieve its “Digital Europe” ambitions and shape the future of cryptoassets globally.

In August 2018, Airalab, with the help of Smart Distribution (Libelium’s Russian distributor), deployed an air quality metering network at 10 locations in a residential neighborhood of Tolyatti, Russia. Utilizing the information gathered, Airalab was able to create the city’s first-ever air quality evaluation using the example of a single playground. The entirety of the data was sent through the 4G network and marked the beginning of the civil sensor network.

In light of the limited bandwidth of Ethereum, high fees per transaction, and the lack of communication with other blockchains, Polkadot was founded. It is a layer-0 protocol and ecosystem in which blockchains are created and included in a single network.

The Berlin-based startup MXC has launched  the Polkadot parachain, which aims to connect MXC with smart contracts to enable data transfers in smart-city infrastructure. By integrating millions of sensors, this smart grid can be managed more efficiently. The technology had already been announced for use in smart cities across South Korea.

Robonomics aims to expand on this and promises to deliver solutions for autonomous factories, robotics, transparent supply chains, and self-driving cars. In terms of meeting data processing demands, Polkadot and its parachains are potentially the best fit.

While blockchain is still considered an emerging technology, and Ethereum possesses limited capacity, we have yet to see the potential of Polkadot. Projects that run on it can develop very rapidly. But how soon will we approach the time when humans and machines can easily interact with artificial-intelligence carriers? When will data tokenization become a new norm and IoT devices automate most of the logistics and production with smart contracts? As you are reading, smart autonomous cities are not that far away.

Diana King is a public relations and communications specialist for crypto and tech projects. She is also a journalist and producer.