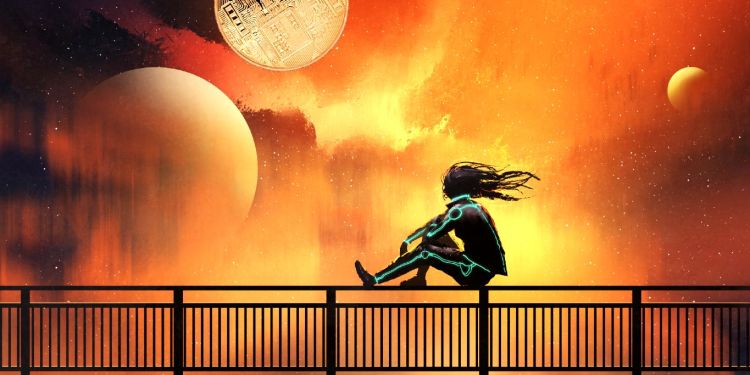 Crypto analyst and influencer Elliot Wainman is shining a spotlight on a handful of altcoins that he believes are ready to erupt in the coming weeks as the entire crypto market continues to rebound and Bitcoin floats within the $47,000 range.

In a new strategy session, Wainman tells his 347,000 YouTube subscribers that Ethereum (ETH) will likely continue to rally, as it hasn’t come close to the previous high it had reached before the May crash.

Wainman notes that as Ethereum gets closer to achieving a proof-of-stake consensus mechanism and as it continues to implement its EIP-1559 upgrade, the asset will undergo a massive supply shock.

“ETH is literally on fire. The transition to proof of stake will make this even more dramatic, and it’s important to realize that EIP-1559 isn’t even supported by MetaMask yet, much less all of the major DApps [decentralized applications]. As much as this has been an amazing supply shock so far, we still haven’t seen anything yet…

Ethereum market shares for institutional investment products are rapidly rising… Ethereum, as we’ve been saying literally since the beginning of 2020, is primed for an institutional-powered rally where Ethereum would start to challenge the actual market cap of Bitcoin.”

The EIP-1159 update, which launched on August 5th, introduces a fee-burning mechanism to the Ethereum network that permanently removes a certain amount of ETH from the circulating supply each time a transaction is processed.

The proof-of-stake upgrade, which is expected to launch in the coming months, would signal the shift from mining to staking on the network, a move that some analysts say could dramatically decrease Ethereum’s annual inflation rate.

Wainman also anticipates Cardano (ADA) to continue soaring on the official announcement of a September-12th launch date for full smart contract functionality on the Cardano blockchain.

“Charles Hoskinson dropped the bomb that they actually have a fixed date for the enabling of smart contracts on Cardano… Now people will start using ADA to access the wild universe that exists on top of Cardano.”

The trader adds that investors should also keep an eye on the assets that operate on Cardano, which he says will likely perform well as smart contracts take off.

Wainman goes on to spotlight Terra (LUNA), a stablecoin-focused borrowing and lending platform. Wainman says that LUNA’s recent rally is likely not over, as he believes a Coinbase listing for the asset is likely around the corner.

Finally, Wainman mentions Quickswap (QUICK), an asset he says he’s been keeping an eye on since August 7th.

Quickswap is the number-one DEX [decentralized exchange] on the Polygon network. In Wainman’s opinion, QUICK could be undervalued at a roughly $273-million market cap, since it’s going head-to-head against major DEX competitors such as SushiSwap and Uniswap in terms of number of users and transactions.