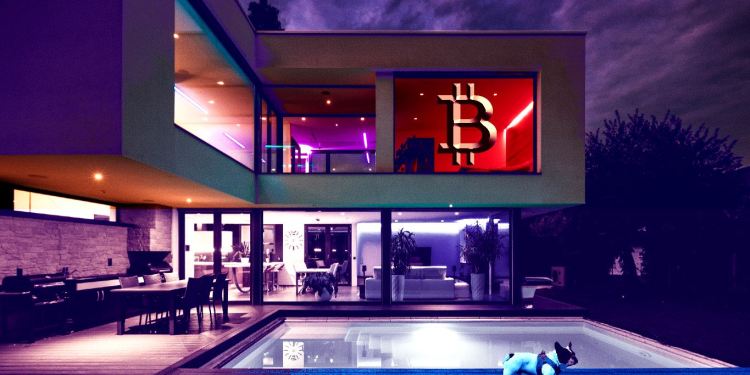 In an interview on the Best Business Show with Bitcoin bull Anthony Pompliano, O’Leary contends that big investors and institutions are starting to treat Bitcoin more like prime real estate in Manhattan rather than a currency to trade.

“Anytime people say, ‘I know the ceiling on the price of Bitcoin.’ They have no idea. It could go anywhere… When I talk to institutions, there’s a change in philosophy about their thinking, let’s just say with Bitcoin. Bitcoin used to be considered for many institutions that hadn’t owned it yet – the ones that were just looking at it as a currency – they’re not thinking that way anymore. They’re looking at it as a property.

So you would buy it the same way as a triple-A office tower in Manhattan. You buy an allocation to [Bitcoin] that you’re allowed to own. You never trade it. You own it as an asset. You know it’s compliant. It checks the box. You own it on your balance sheet, your providence, and it’s something that you can own as property, and that’s where I think we’re going. Some percentage will still be traded. But for the big institutions coming in, this is an asset class that is a property.”

When asked about a breakdown of his personal portfolio, O’Leary mentions that he owns Litecoin in addition to his positions in Bitcoin and Ethereum and plans to add a dozen new positions by the end of next month.

“Bitcoin is still the big daddy. Right now, I’ve only got three positions on, by the end of next month there’ll be almost 15. I won’t disclose what those are, but right now, it’s primarily Ether (ETH), a little Litecoin (LTC), Bitcoin (BTC), and a ton of USDC.”

In June, O’Leary said that he believes Bitcoin won’t see another rush of institutional adoption until it can resolve its issues with environmental, social and corporate governance (ESG).