Who Will Run ‘The Metaverse’? Ethereum Creator Weighs in on Big Tech 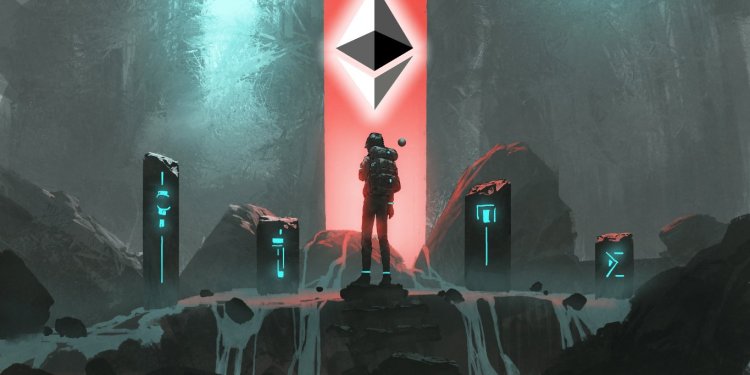 Ethereum co-founder Vitalik Buterin is sharing his opinions on the crypto plans of tech moguls Jack Dorsey and Mark Zuckerberg.


Buterin, who is working to improve the scalability of Ethereum, currently the most widely used blockchain for decentralized finance, says he has reservations about how the payments giant Square, led by CEO Jack Dorsey, plans to build decentralized financial services using the Bitcoin network.

Square is creating a new business (joining Seller, Cash App, & Tidal) focused on building an open developer platform with the sole goal of making it easy to create non-custodial, permissionless, and decentralized financial services. Our primary focus is #Bitcoin. Its name is TBD.

In an interview on Bloomberg Television, Buterin says that the Bitcoin blockchain, unlike Ethereum, does not have the necessary functionality to support Square’s plan, as it was primarily designed to power the world’s largest cryptocurrency, which is distinctly different from powering decentralized finance.

“I’m skeptical about decentralized finance on top of a Bitcoin type of project… On Ethereum, there’s native functionality that allows you to essentially directly put either [ETH] or Ethereum-based assets into these smart contracts, into these lockboxes, where there’s then arbitrary conditions that can then govern how those assets get released. Bitcoin does not have that functionality to the same extent.”

“Jack is basically going to have to essentially create his own system that enforces those rules, and then on the Bitcoin layer, the bitcoins will just have to be owned by a multi-sig wallet controlled by either Jack or the participants in the system.

It looks similar but it will end up being something with a much weaker trust model. This is the whole reason why Ethereum started as a an independent system in the first place. There’s technical limits to your ability to graft new functionality onto a system that’s not powerful enough to support that new functionality.”

Dorsey’s team, which is going to be completely open source with an open roadmap and open development, apparently plans to weigh in on Buterin’s feedback. He has spun up a new Twitter handle dubbed “TBD” to open the discussion.

“The COVID-19 pandemic supercharged the expansion of the digital economy around the world. It sparked changes in how people buy, where they buy, and how they discover and interact with businesses. It prompted greater reliance by many families on money sent from overseas as a critical economic lifeline. And this trend is set to continue — the percentage of global digital transactions is expected to rise from 57% before COVID-19 to 67% by 2025.”

Facebook is also planning to expand its influence by tapping into an emerging world. CEO Mark Zuckerberg wants his company to become a dominant player in the “metaverse”. The metaverse is a concept of a massive virtual world in which individuals, acting as avatars, can interact with one another and with digital objects.

“I think a big part of our next chapter is going to hopefully be contributing to building that, in partnership with a lot of other companies and creators and developers. But you can think about the metaverse as an embodied internet, where instead of just viewing content — you are in it. And you feel present with other people as if you were in other places, having different experiences that you couldn’t necessarily do on a 2D app or webpage, like dancing, for example, or different types of fitness.”

Big tech players aside, the metaverse could also be powered by crypto and blockchain technology in the hands of decentralized platforms.

Buterin questions Facebook’s move. He says that Zuckerberg is attempting to become a part of the next phase of the internet before Facebook becomes an “old world company” that loses its relevance. He also notes that while the tech giant may be attempting to build its own platform, the company faces “a huge amount of mistrust.”

As for Buterin’s vision of the Ethereum network in the next five to ten years, he hopes the popular blockchain will be “running the metaverse.”