by Simon Chandler
in HodlX 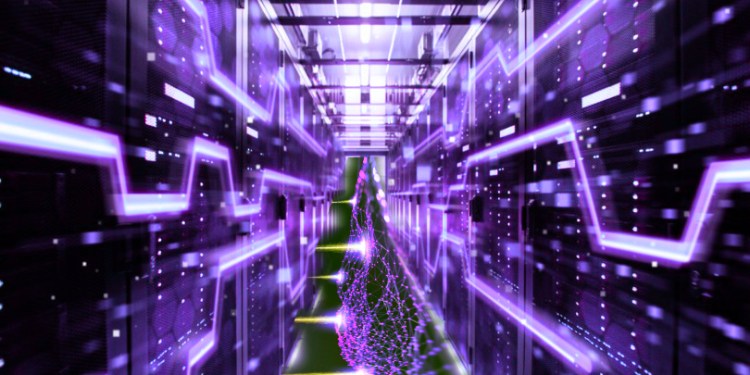 What kind of internet do we want? The internet as we know it allows for users to send and receive information from websites and web-based services, but these sites and services remain, for the most part, largely separate from each other – siloed.

There are various reasons for this, from technical limitations to the proprietary imperatives of corporations, the upshot is that the web today is arguably composed of more closed networks than open ones, with users missing out on constructive network effects and synergies that could result from a thriving ecosystem of interoperable applications.

Returning the internet to the principle of decentralization – the promise of ‘web 3.0’ – can help fix the web’s current fragmentation with permissionless and trustless innovation.

By developing a more open version of the web running on a distributed and shared blockchain, services can be run in parallel, with the use of self-executing smart contracts allowing for the interaction of decentralized apps (Dapps).

This enables a level of integration never previously witnessed with the centralized web. Most excitingly, it also provides the user with a much greater degree of composability, allowing for services to be freely put together in different combinations for various purposes.

The Internet Computer blockchain is already providing an early example of this. Posting on the DSCVR news aggregator website in August, a user shared a Portal live stream of themselves playing an online game, Rise of the Magni, while also using OpenChat to message others and accept token donations.

What’s significant about this is that all four of these web-based platforms are Dapps running end-to-end on the Internet Computer. Their use in this context highlights how they can be combined to suit the preferences of particular users.

Such an example only scratches the surface of what this emerging decentralized paradigm can achieve in terms of the composability and personalization of web services.

Though users can run centralized apps at the same time (using Twitter while listening to Apple Music, for example), smart contracts are capable of making Dapps interact and interoperate with each other, creating new web-based experiences in the process. They provide for a future in which performing an action in one application can directly enable or cause an action (or actions) in others, and so on.

As Dominic Williams, founder of the DFINITY Foundation, which developed and launched the public blockchain, remarked recently on an episode of the Epicenter podcast,

Outlining their advantages, Williams noted that smart contracts receive much of their power from the fact that they combine the properties of both static software and dynamic software.

In the past, you’d have a static piece of software, such as the executable word.exe file stored on your computer’s C drive, but you’d also have to have a separate, dynamic piece of software such as a running Word program. In contrast, a smart contract is static and dynamic at the same time, enabling developers to assemble running systems in the same way they once assembled static software. This gives these systems much greater scope for being customized and adapted to suit a large number of different uses.

As a hypothetical example, imagine that signing into a gaming application triggers live streaming via a streaming platform, or the opening of a messaging service, or an order for pizza. Imagine that setting a destination on a GPS app results in friends being pinged on a social media platform, letting them know you’re traveling somewhere. The possibilities are practically endless.

What’s exciting about the use of smart contracts in this context is that they can be defined at virtually any level of granularity, enabling the user to set up actions both small and large.

A business could set up smart contracts on a DeFi app to release payment for freelancers after the completion of a project, which would be submitted via a content management Dapp. An employee could simply set up a smart contract that plays their favorite song (on a music Dapp) after they close a work-related app at the end of the day. The list of potential combinations is limited only by the imagination of developers, while it’s also conceivable that we could see the emergence of entirely new interactions and functions.

Speaking on Epicenter, Williams explained how smart contracts are responsible for implementing every function that comprises the messaging Dapp OpenChat.

“These smart contracts are efficient enough and run fast enough that they can actually move chat messages around. And these smart contracts also can serve HTTP requests, so they serve the interactive user experience that loads, for example, into your browser window, that enables you as a user to send and receive messages.”

Open services running on the Internet Computer can implement permanent APIs for data and functionality that are effectively irrevocable, supporting the growth of complimentary services.

This kind of personalization arguably makes the decentralized web the next logical step in the evolution of technologically mediated personal choice – the natural successor to smartphones, smart gadgets and other devices aimed at becoming a mirror of their users.

Composability effectively allows users to integrate multiple separate platforms into a single ‘meta-app’ – one tailored to their own needs and preferences. This kind of integration is facilitated by the fact that, in the case of the Internet Computer, everything is running on the same blockchain with the same rules and coding language.

A shared blockchain provides the kind of standardization that makes it easier to achieve composability and interoperability between multiple apps and services. As Williams put it, the great advantage of smart contracts on the Internet Computer is “that they all exist within this single, unified seamless blockchain environment.”

Despite this preference for unified blockchains, Williams also revealed that work is underway to upgrade the Internet Computer’s chain key cryptography such that its smart contracts can interact directly with the Bitcoin and Ethereum blockchains. This highlights its potential to provide composability not only between its own native applications but also with other blockchains and systems.

Users will therefore eventually have access to an even greater degree of personalization, able to combine the Dapps of the Internet Computer with those of other ecosystems.

Ultimately, the Internet Computer exemplifies the potential of web 3.0 and decentralized blockchain-based internet.

In the not-too-distant future, organizations will be able to offer smart contract-based APIs into which other organizations can plug in their own smart contracts. As a result, users will benefit from unprecedented choice, being able to mix and match their favorite apps, as well as the features and functions comprising them – a realization of the renewed promise of the open internet.