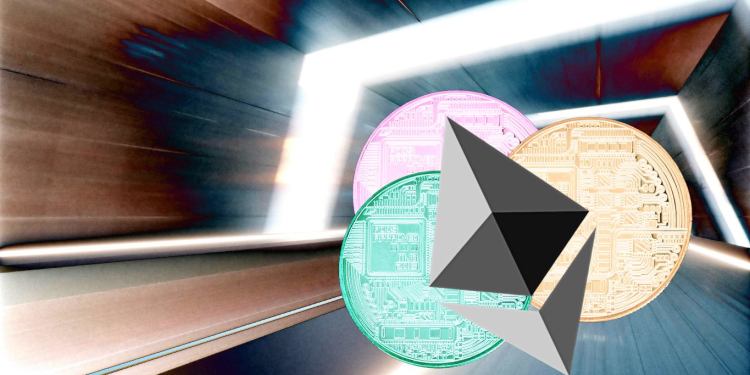 A closely followed crypto strategist and trader says he sees fresh rallies for Ethereum (ETH), Polkadot (DOT) and two other altcoins despite the continued correction in the digital asset market.

Pseudonymous trader Pentoshi tells his 268,200 Twitter followers that he expects Ethereum to rally in the coming weeks as the leading smart contract platform continues to trade above support at $3,200.

“It’s almost like late sellers are going to be punished and that this is one day, three day, and one week support in a bull market. Nothing bearish about this chart here. Buyers are likely rewarded within 1-2 weeks.”

Looking at Polkadot, Pentoshi is bullish on the interoperable blockchain against Bitcoin (DOT/BTC) as he believes a fundamental catalyst could drive the value of the pair to greater heights.

“Officially Looking for entries now. I should’ve just aped. In my opinion, this is going to absolutely send.

Parachains are the heart of the Polkadot network as they can be customized to perform various use cases. According to Polkadot, parachains are on track to be released sometime this year.

It’s been the lagging L1 but not any longer. Too much going on over there organically and the volumes show what’s coming this next week

Next up is elastic blockchain network SKALE, which the trader says is ready to break out against Bitcoin (SKL/BTC) as it continues to consolidate close to resistance at 0.000008 BTC or $0.36. Pentoshi also mentions a couple of fundamental catalysts that can drive the value of SKL/BTC higher.

“Bought some, but more interested in the FA. Gasless NFTs (non-fungible tokens) and scaling coming. The chart looks great though building into a move in my opinion. Swing trade range low to range high. The recent uptrend in my opinion = accumulation into breakout. Timeframe 2-4 weeks.”