These Five Altcoins Are About To Go ‘Insane,’ According to Crypto Trader Aaron Arnold 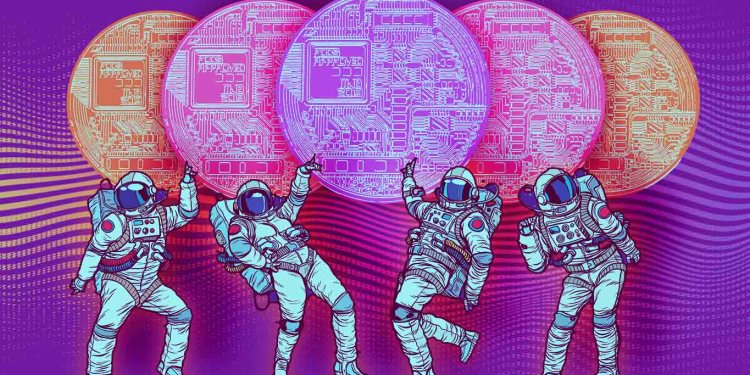 Crypto trader and YouTube influencer Aaron Arnold is highlighting his top five altcoins as he predicts the crypto markets are about to go insane.

In a new video, Arnold tells his 998,000 YouTube subscribers that he’s bullish on decentralized oracle Chainlink.

“Chainlink is kind of a blue-chip in what it does. No other oracle crypto like Chainlink is doing it as big as Chainlink… LINK looks like it’s gearing up for a breakout. So Chainlink, yeah, I happen to be bullish as long as we’re in a bull cycle.”

Looking at Polkadot (DOT), Arnold cites a crypto strategist who believes that the interoperable blockchain will follow the footsteps of explosive altcoin Solana (SOL).

“This particular analyst is comparing it, saying that DOT could pull a move like Solana. ‘Getting some major Solana vibes from DOT. It’s been rejected a few more times, but I think the trajectory (weekly candle close), relation to the previous all-time high and the fact that it hasn’t really pumped this entire run. I’m hoping it can shine like SOL in the next couple weeks.'”

As for Elrond (EGLD), the crypto trader highlights that the internet-scale blockchain recently printed a golden cross, a bullish signal where the 50-day moving average (MA) crossed above the 200-day MA. Arnold cites another analyst who says that during the two previous golden crosses, EGLD reached a new all-time high in 62 days. Arnold says the analyst predicts EGLD hitting as high as $2,500 on October 18th.

Next up is Ethereum competitor Avalanche (AVAX), which the crypto trader says is gaining momentum as more users flock into the smart contract platform.

“We saw what happened with Solana and AVAX, in my opinion, is very similar to a Solana. AVAX is generally gaining in network, popularity, and price action. What they’re doing seems to be attracting a lot of [users].”

The last coin on the trader’s radar is privacy-focused Mina Protocol (MINA), which Arnold says is backed by some of the best venture capital firms in the crypto industry. He adds that long-term holders of MINA have little reason to sell due to the staking mechanics of the coin.

“I don’t think there’s going to be a lot of selling going on anytime soon because the way that the staking works, the highest rewards for the stakers happened in the first eight months or [one] year. So there’s really no reason to sell, unless, you can always take profits but I think a lot of people want those staking rewards.”