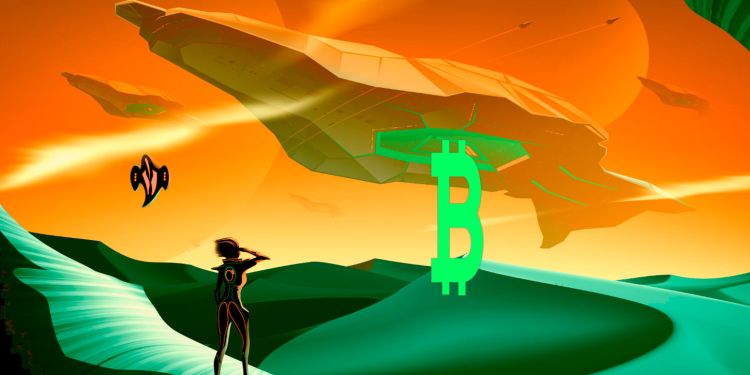 Real Vision CEO and former Goldman Sachs manager Raoul Pal is explaining why he’s shifted more than half of his portfolio to Bitcoin.

In a new interview with The Breakdown podcast host Nathaniel Whittemore, Pal says he believes Bitcoin is now the top reserve asset on Earth despite its high levels of volatility.

“I’m now just firmly of the opinion that [Bitcoin] is the world’s greatest reserve asset. Yes, we have too much volatility for that right now but I can’t fault it. It doesn’t work for a whole bunch of stuff or it could do but it’s probably not good enough and maybe that’s not its role. But, as the foundation stone for everything? It’s got a bloody good chance. I don’t see anything that’s going to come on the horizon or that exists already that has a chance.”

As far as store-of-value assets go, Pal says a conversation with MicroStrategy chief executive Michael Saylor opened his eyes as to why Bitcoin is superior to gold.

I looked at everything versus the top four central bank balance sheets in terms of rates of change of growth. Gold did well. It underperformed by 50% the balance sheet. The only asset in the world that actually outperformed the G4 balance sheet is Bitcoin. It’s the only one.”

Pal says he believes Bitcoin is in the early stages of a fresh bull run and ultimately, he thinks the price of one BTC could reach $1,000,000. He says Bitcoin’s volatility will eventually fade as its market cap grows and institutions find legally compliant ways to enter the space.

“Bitcoin was unique. It started as a groundswell. It came from individuals. Nothing else has come this way. And we now need to get in the institutions. The institutions will watch price, but unless it’s an agreeable asset for them – i.e. they can store it, they can value it, they can put it in their accounts – they’re not going to do anything…

But it’s the actual market cap of the asset itself that will end up driving them, not the performance. Because don’t forget, we’ve seen it with the hedge fund industry and everything else, the more these guys pile in, over time, volatility dampens because there’s much more larger buyers and sellers and eventually the price structure of the whole industry changes. Which is fine. Bitcoin will morph from being a rocket ship to a cruiseliner. And it needs to happen. But not yet. We’d like to do that at a higher price, please.”

When asked what it would take to get him to lower his “irresponsibly long” position in Bitcoin, Pal pointed to the rise of emerging markets as the only thing that could change his mind.

“If the dollar falls, it could be emerging markets. That’s the only thing that I could see that could compete for my capital for Bitcoin over a three-year time horizon.”