Here Are Realistic Price Targets for Solana and Algorand As Q4 Kicks Off, According to Coin Bureau 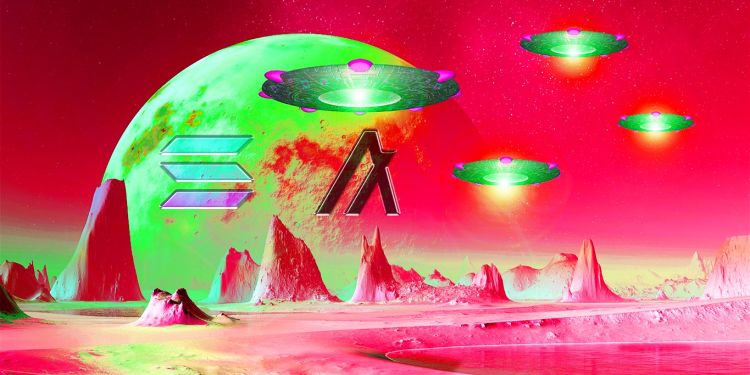 In a new video, the analyst known as Guy tells his 1.41 million subscribers that the price of Algorand could hit new highs in the coming weeks.

“ALGO’s historical price isn’t pretty. This is in part due to the fact that ALGO began trading in the middle of the previous bull market, but primarily because of the accelerated vesting and structured selling schemes I explained earlier.

The constant increase in ALGO supply has historically suppressed its price, though this does seem to be slowly changing. ALGO recently pushed past its ICO price of $2.40 and though it was quickly pushed down as investors took profits, I believe that ALGO could reach new all-time highs in the coming weeks.”

Guy also says that Algorand may eventually become one of the top ten largest cryptocurrencies by market cap, which could boost the price by a multiple of four.

“Although ALGO’s price tag is not very large, its market cap is and this means it has limited upside potential. Still, there’s quite a gap between where ALGO is and where it should be based on its fundamentals.

ALGO could easily become a top 10 cryptocurrency by market cap, especially once all the selling from its accelerated vesting is over. This would correspond to about a 3x to 4x increase in price, which is a realistic long-term explanation, and just to clarify by long-term, I mean one to two years.”

The trader expects smaller gains for Solana compared to ALGO.

“In terms of short-term price action, SOL has held up quite well in response to recent crypto market crashes and is only a short distance away from an all-time high it recently set.

Because SOL’s market cap is already very large, it has much less wiggle room than Algorand in terms of price gains. If SOL reaches $220 in the coming weeks, this will correspond to a whopping 1000x return for SOL’s ICO investors.

A realistic long-term price target for SOL at this point in time would be around $300, which is slightly less than a 2x move from its current price.”

As to how high Solana and Algorand will go, the analyst says this will largely depend on what the rest of the crypto market does in the next one to two years. Both assets are currently doing well in terms of adoption. Guy estimates that Algorand has 250,000 users and that Solana has at least 500,000 users.