Here’s What’s Next for Chainlink, Curve, Skale, The Graph, THORchain and VeChain, According to Analyst Michaël van de Poppe 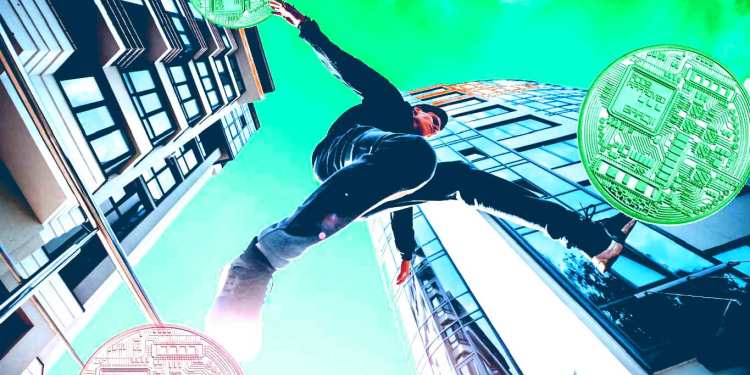 In a new strategy session, the prominent trader begins by outlining his latest analysis on the native asset of the decentralized price feed service Chainlink (LINK).

“At this stage I think that Chainlink is still in the area of interest if you want to get a position on this one. I think that’s completely fine, it’s just ready for a breakout.”

At time of writing, LINK is valued at $28.79, up 5% on the day but flat over the past week, according to CoinGecko.

Next on the trader’s list is Curve DAO Token (CRV), the asset powering the automated market maker protocol of the same name.

He expects the coin to move sideways in the short-term before a fresh breakout begins.

“Curve has been seeing this beautiful retest here, a beautiful structure in which we are most likely going to see continuation towards resistance here, before we have some slight consolidative periods towards the area here and then we are going to break out at some stage later.”

Next, van de Poppe looks at the decentralized application (DApp) protocol Skale (SKL), which is designed to help developers bypass congestion on the Ethereum network.

He thinks SKL will begin to rise next month.

Van de Poppe next analyzes the chart for decentralized blockchain indexer The Graph.

“This one is also on the list. [It] has been underperforming in the past months, and actually in 2021 has seen [only] one impulse wave. But if support sustains here… if it continues to make higher lows, then there is a most likely breakout going to take place.”

The crypto analyst says he’s looking for the decentralized cross-chain liquidity protocol THORchain (RUNE) to post a higher low, which would suggest another move to the upside is in order.

“When I see this big bounce back up I’m assuming that we’re going to grant ourselves some slight consolidation, grant ourselves a higher low, and then we start continuing.”

RUNE is going for $8.71 at time of writing according to CoinGecko, which is just shy of its weekly high after a low of $7.25.

As for the supply chain platform VeChain (VET), van de Poppe says he’s sticking to his prediction at the beginning of October and looking for the coin to fall to at least 0.00000149 BTC [0.094] before a sustainable uptrend can begin.

“Still waiting on VeChain (VET) to hit those levels.”