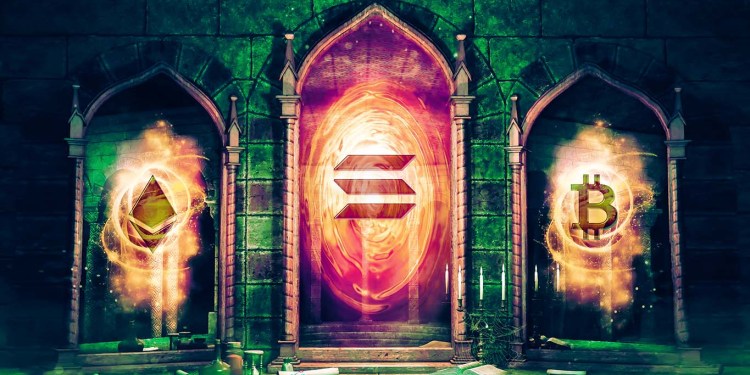 A leading crypto trader and analyst says an Ethereum (ETH) competitor appears ready to surge by more than four times its current levels.

The trader pseudonymously named Smart Contracter tells his 174,900 Twitter followers that Solana (SOL) will outshine both ETH and Bitcoin (BTC).

His target price is now $900 – an appreciation of more than 360% from SOL’s current value.

Elliot Wave theory is a method of identifying where assets are heading using crowd psychology, which tends to manifest itself on charts in a series of waves.

According to CoinGecko, Solana is trading at $192 at the time of writing, down about 10% from its September all-time high.

Smart Contracter says he believes Solana’s recent resurgence is in its early days after the altcoin rose above two key levels of resistance.

“Got SOL low key breaking downtrends of two different degrees, this bad boy runs hard when it gets going and it’s only just getting started here.”

The top crypto trader says that last month Solana began displaying similar chart behavior to Binance Coin (BNB), which surged by over 1,600% to a record high between January and May this year.

He says that if Solana replicates BNB’s pattern, a price of $900 is in the cards.