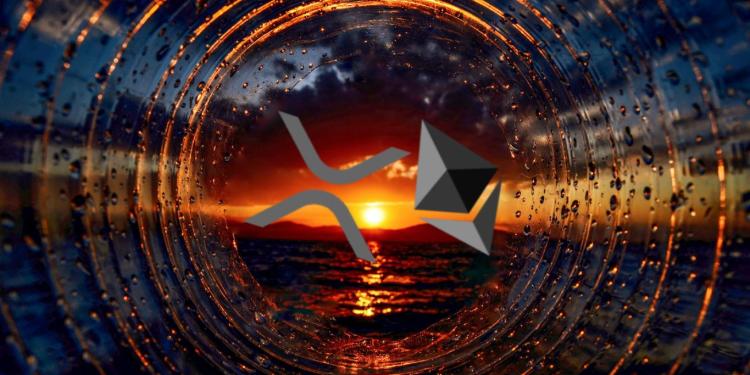 A top executive at Ripple says that the U.S. Securities and Exchange Commission (SEC) may have helped Ethereum (ETH) usurp XRP as the second-largest crypto by market cap.

In a new interview at DC FinTech Week, Ripple Labs chief executive officer Brad Garlinghouse says that XRP was second only to Bitcoin (BTC) until the SEC stepped in.

Within the last few years, XRP was the second-most valuable digital asset. As it became clear that the SEC had given the hall pass to ETH, ETH obviously has kind of exploded.

I just fundamentally think we should let market forces determine winners and losers, not regulation by enforcement as we’re seeing today.”

In December of 2020, the SEC filed a lawsuit against Ripple Labs claiming the company was selling the crypto asset XRP as an unregistered security. The filing sent XRP’s price tumbling from $0.57 to $0.26, according to CoinGecko. XRP is currently valued at $1.09.

Ethereum met a different fate than XRP, as the SEC declared in 2018 that it, along with Bitcoin (BTC), was not considered a security.

Since that decision, ETH has seen a nearly nine times increase in price, according to CoinGecko.