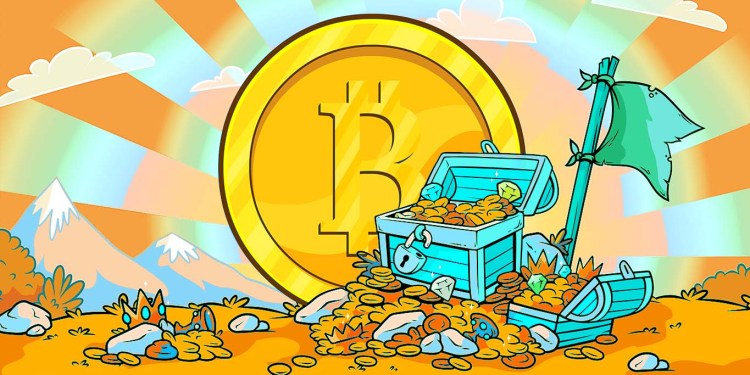 As Bitcoin’s price moved sideways this week, one anonymous whale moved tens of thousands of BTC worth of billions of dollars in a single transaction.

On Wednesday, an unknown wallet sent about 34,988.9 Bitcoin worth $2,071,215,368.63 at time of transaction to two other unknown wallets, according to distributed ledger explorer Blockchain.com.

The first receiving wallet collected 900 BTC, worth $55.77 million, which it promptly distributed to a flurry of other Bitcoin addresses.

The second wallet received 34,088.9329 Bitcoin, currently worth $2.11 billion, which it still holds. The wallet is now the 21st richest Bitcoin address in the world, according to crypto-surveilling tool BitInfoCharts.

The sending address was the 18th-richest BTC wallet before the transaction and currently holds 4,589 BTC, worth over $284 million.

Bitcoin is up 1.7% in the past seven days, according to CoinGecko. The largest crypto asset by market cap is down 7.6% from its all-time high of $67,276.79, which it recorded last week shortly after ProShares launched the United States’ first Bitcoin futures exchange-traded fund (ETF).