Bitcoin To Challenge Gold as an Asset and Have Big Q4 Rally, According to On-Chain Analyst Willy Woo 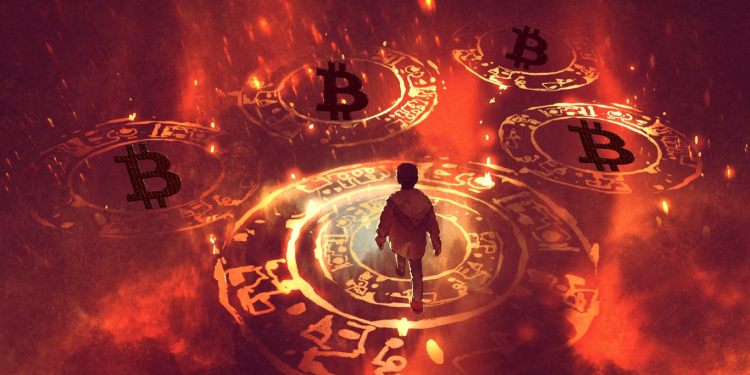 Popular on-chain analyst Willy Woo sees Bitcoin (BTC) as an emerging challenger of gold and expects the leading crypto to ignite a strong uptrend at the tail end of this year.

In a new interview, Woo notes that Bitcoin is only a few more multiples away from matching gold’s financial cap of about $4 trillion.

“So that’s only $4 trillion dollars. Bitcoin’s comfortably above $1 trillion, so it’s only a 4x from here to essentially challenge gold as a financial instrument. Like all the gold stored in bank vaults to hedge inflation war, that sort of stuff is only $4 trillion worth of asset base.”

The analyst says he’s keeping a close eye on the behavior of long-term holders, which he says dictates Bitcoin’s price rallies.

“Once they’ve had their fill of being at peak level of holding the supply, the price rallies, and as it rallies, then they start to sell down. Effectively, what happened was the rally at the start of this year up to $64,000… the previous guys that were long-term holders sold out, and we brought in a whole bunch of new guys that bought that rally, and they are now aging to five months. I mean they are our long-term holders now…

We’ve just reloaded. The shotgun is just reloaded with new ammo. These guys are at peak, and we’re ready for another run.”

Due to the accumulation of long-term holders, Woo says he’s confident to see Bitcoin rally in Q4 of this year and maintain strength at least until the first quarter of 2022.

“No matter what happens around this choppy next few weeks, we know with very high certainty that we’re going to get a good rally off the tail-end of this year. The fourth-quarter is going to be great and generally with the time signatures of these things, it’s going to run into the first quarter.

We’ll just have to see how it runs into the second quarter of next year. Maybe it goes even deeper, but it’s still really early. They’ve just reached peak levels and they’re now consolidating at their upper ceiling, those long-term holders.

I have no qualms of saying that this is what I think is going to happen, and I don’t think it’s a risky call. I think it’s pretty set in stone looking on-chain.”