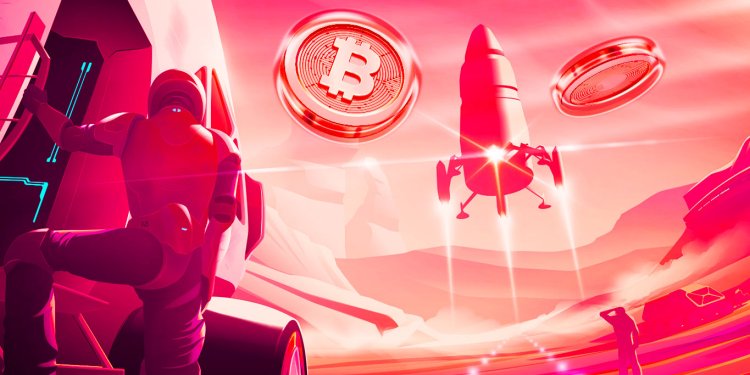 One particular metric indicates altcoins could be primed for “massive moves,” according to pseudonymous crypto analyst TechDev.

The popular trader tells his 132,200 Twitter followers that the altcoin market cap’s relative strength index (RSI), which tracks the momentum of an asset, is following historical patterns and making the altcoin market look bullish right now.

“Total altcoin market cap also looks to be in a 2-week RSI channel its entire history. Seems to be following the pattern of 2 taps on top line, followed by a 3rd marking the altcoin market peak. Massive alt moves ahead.”

The analyst thinks altcoins will increase in price enough “to change lives.”

This is likely the month that #alts begin their moves that ultimately change lives. pic.twitter.com/sejdlssqwE

TechDev is also bullish on Bitcoin (BTC), saying the largest crypto asset by market cap “looks poised” to break towards $84,000.

Bitcoin is trading at $63,009 at time of writing, up nearly 4% on the week, according to CoinGecko. BTC is down about 6% from its October 20th all-time high of $67,276, reached the day after the first Bitcoin futures exchange-traded fund (ETF) launched in the US.

TechDev shared a chart illustrating how Bitcoin’s price movement this year has mirrored that of BTC in 2017 and gold in the 1970s.

Quite the month ahead for #Bitcoin.

About to find out which path we’re on. pic.twitter.com/qbvPIvWLC2