What Does Altair Bring to Ethereum 2.0?

by Gleb Zykov
in HodlX 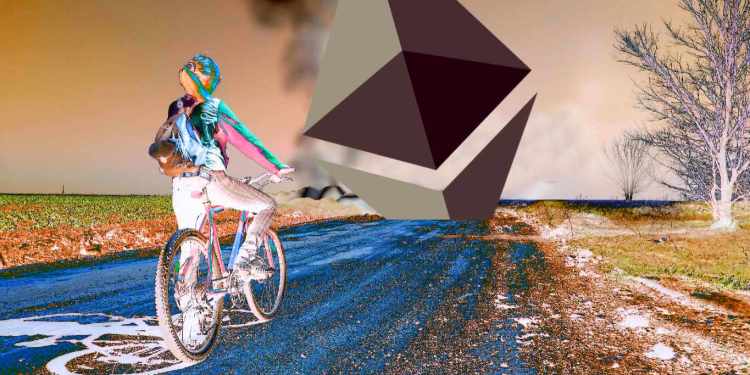 Altair is the nearest upcoming hard fork on the Ethereum 2.0 blockchain – the Beacon Chain. Is it important or not? Something in between.

Altair is the last upgrade we are going to see before ‘the Merge’ – the most anticipated milestone in the Ethereum development plan. Altair will implement a few changes into the Beacon Chain that will make it ready for a full-scale launch. To get a bit more clarity about Altair, let us dissect the changes it will implement.

The validator nodes on ETH 2.0 will be the operators that will keep it functional like miners do on ETH 1.0. Therefore, they will get rewards for doing the work they do. But rewards come with penalties, as it always is with proof-of-stake blockchains. There are two types of penalties – the slashing fee and the fee for downtime.

The penalty for slashable activity is not only the fee but also the withdrawal of the slashed validator from the network. The slashing fee is charged from the validator in each epoch as long as it is in the leaving queue.

The second fee is the fee for inactivity. Validator inactivity is a validator going offline. From the Genesis block until Altair, inactive validators have been statistically losing 11.8% of their stake over time. Starting from the Altair fork block, the inactivity fee is projected to be 15.4% of the validator’s staked Ether.

Altair is not all about penalties but also incentives for Ethereum 2.0 validators. Before Altair, only 3% of the validator reward was given for proposing the next block. The rest was coming from the attestations of existing blocks and votes on the blocks of shard chains that need to be added to the Beacon Chain block. With the Altair hard fork, the reward to block proposers has increased to one-eighth or 12.5% of the entire validator reward.

This will make Ethereum 2.0 a more interactive, trustless and lightweight wallet network as it will require about 20 kB per day for one light client to keep up with the blockchain and around 500 bytes to validate a single block. For committing their signatures to determine Beacon Chain’s head, light clients will be rewarded.

Where does Altair take us?

Altair is the first ETH 2.0 hard fork that brings the state of Ethereum 2.0 to how it will be in the fully functional blockchain.

The support for light clients will reduce the overhead required for determining the head of the chain and will increase the decentralization of the network. Once the Altair update is implemented into Beacon Chain’s protocol, it will become ready for the Merge.

The Merge is the hard fork that will finalize Ethereum’s transition to the proof-of-stake Beacon Chain and will be the next Ethereum hard fork after Altair.

Although these changes are important for the network, they do not particularly excite the Ethereum community because Altair is still a transitionary stop that needs to take Ethereum to the Merge – the hard fork that will complete the transition of Ethereum 1.0 to Ethereum 2.0.

Initially, Altair and London – the hard fork that implemented a burning mechanism into Ethereum – was scheduled to be launched at the same time so that Ethereum and Ethereum 2.0 nodes could upgrade their software in one go. At around that same time, the Ethereum difficulty bomb was scheduled to go off. However, everything got shifted and rescheduled – London took place on August 5, 2021, Altair happened on October 27, 2021, and the difficulty bomb ‘explosion’ is now scheduled for December 1, 2021.

The date for the Merge has not yet been officially announced, but I can assume that it will happen pretty simultaneously with the difficulty explosion on Ethereum 1.0 – as it will make Ethereum 1.0 unminable, and transactions on it will no longer be verifiable.

So, shortly after Altair, I would expect an official confirmation of the Merge date to come out from the Ethereum development team – because after Altair, there will be no more real obstacles in order for the Merge to happen.

Gleb Zykov is the co-founder and CTO of HashEx. He has more than 14 years of experience in the IT industry and over eight years in internet security, as well as a strong technical background in blockchain technology (Bitcoin, Ethereum, EVM-based blockchains).