Here’s What Could Be Next for Litecoin, Chainlink and Two Additional Altcoins, According to Top Crypto Analyst 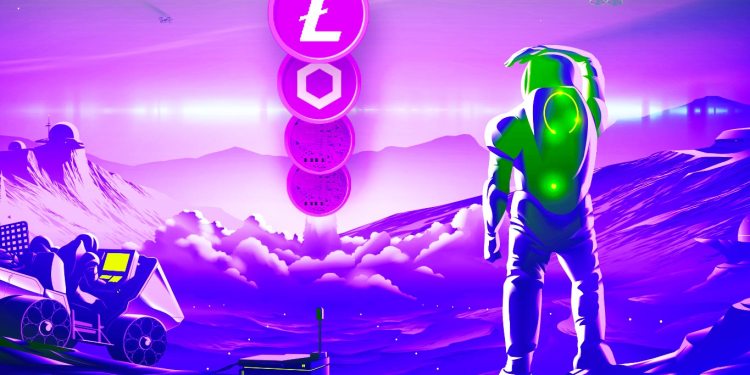 A closely followed trader is predicting what could be next for Chainlink, Litecoin and two more altcoins as the crypto markets turn green.

The pseudonymous analyst known as Altcoin Sherpa tells his 145,000 Twitter followers that Litecoin is facing a resistance level that if broken, could lead LTC to a further 25% rally.

“LTC: If we clear this area I would not be surprised to see mid-$300s after.”

Based on the analyst’s chart, he sees $369 as the next major level to breach if the $290 mark holds.

Next up is decentralized oracle network Chainlink (LINK). The analyst draws a chart depicting LINK potentially breaking through a resistance that previously failed three times. His next price level for LINK after the $34 mark is $42, which would be a potential rally of roughly 23%.

The next altcoin the trader is looking at is DYDX, the governance token of the dYdX decentralized exchange (DEX). According to Altcoin Sherpa, the hype surrounding DYDX is less than usual, which could be a sign that it’s ready for an under-the-radar move.

“DYDX: Still a good project. When people don’t care about it and it’s accumulating, it’s probably time to buy. Not an active trade but a fine one to just buy and hold for a few weeks. Depends on your overall timeline.”

Lastly, the crypto analyst has Polkadot canary network Kusama (KSM) on his radar. While he doesn’t think KSM will outperform Bitcoin in the near future, he still says it will reach new all-time highs after BTC puts in more rallies.

“KSM: Expecting this to grind up but don’t think it will outperform BTC. USD [US dollar] pair likely all-time highs when BTC moves.”