To Protect DeFi From Gatekeepers and Censorship, DApp Front-Ends Must Be Decentralized

by Simon Chandler
in HodlX 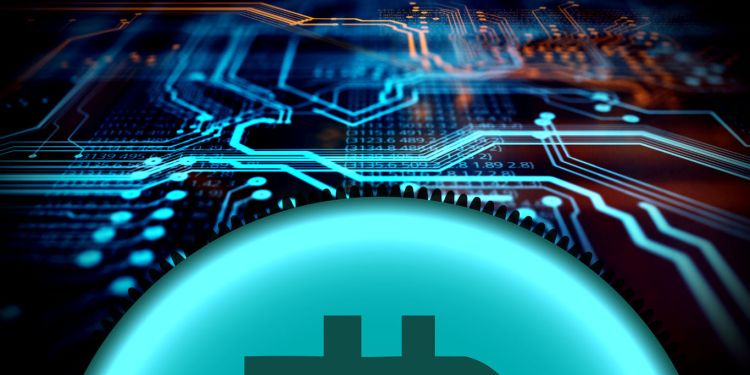 Regulators around the world are increasingly looking to domesticate crypto, bringing it within the purview of existing financial laws, norms and frameworks.

This can legitimate the sector in the eyes of the public and boost adoption, but there is increasing tension over the decentralized merits of blockchain-based projects and their vulnerability to regulatory or governmental control and censorship – with decentralized finance (DeFi) and decentralized exchanges (DEXs) front and center.

Despite the widespread perception that lacking a centralized controller helps them evade oversight, there remains a particular area in which DApps and blockchain services are indeed almost glaringly vulnerable to gatekeepers and bad actors.

Many DeFi DApps use centralized cloud services for their user-facing front ends – the part of a website or service that users see and interact with. This opens them up to takedown or cease and desist orders directed at cloud services that would effectively take them offline, even if their respective blockchains continued running the backend. It also makes them less verifiable and secure.

A quick search of any reliable ‘hosting checker‘ website reveals that many of the leading DeFi platforms use some kind of centralized cloud service. Here are a few examples.

Needless to say, it is cognitively dissonant that otherwise decentralized apps such as Uniswap and SushiSwap are reliant on big companies like Cloudflare and Amazon for users to even be able to access them. It’s this dependency on centralized web hosting that puts many big DeFi platforms at the mercy of potential takedown orders.

Reliance on centralized cloud services such as AWS, Cloudflare and Netlify isn’t specific to DeFi – it is a feature common to most areas of the cryptocurrency and blockchain sector. For example, a 2019 report from cloud services provider Chainstack found that 61.6% of all Ethereum nodes run on a centralized cloud, with Amazon Web Services accounting for 25% of the overall count.

This dependency on centralized providers for what is ostensibly a decentralized network is quite troubling, and it extends to many of the leading DeFi DApps. Not only do such DApps often host their front-end user interfaces on cloud services, but also, they generally use DNS providers to receive their domain names. In both cases, their dependence on such services puts them in the crosshairs of potential disruption.

“Current DeFi platforms that use traditional web hosting are completely at the mercy of the government and other supranational bodies.”

Chamberlain and his team are developing InfinitySwap on the Internet Computer blockchain, which by running on a distributed network of subnets enables DeFi platforms to decentralize themselves from end-to-end rather than just at the backend. Smart contracts on the Internet Computer can serve HTTP requests and transmit messages, allowing DApps to deliver web content to browsers while running entirely on-chain.

“These bodies can at any time be awarded a court order, instructing a DNS provider to seize the domain name (e.g., Uniswap.org). Top-level domains are managed by ICANN, and this body certifies other subdomain level DNS servers which associate web domains with static IP addresses that serve web content through a series of certificate authorities. A government can at any moment ‘unplug’ a website through court order or national security letter, instructing a DNS server to transfer ownership of the domain to the government.”

Of course, it’s not clear how likely it will be that a Western governmental agency ever issues a seizure order for a domain name, but if DeFi apps prove unreachable by other means, it may end up becoming a live option.

“Governments can prevent centralized cloud service providers from providing hosting for DeFi projects, so this threat is real.”

The awareness of centralized front-end websites and applications being chokepoints to backend infrastructure has grown with DeFi’s prominence – particularly in light of censorship and integrity concerns. Ultimately the idea is that DeFi is not actually decentralized unless it’s decentralized from end to end.

Chamberlain and other developers are turning to the Internet Computer because it can run services and DApps entirely on-chain. By creating a distributed network of subnets that provide the computing resources needed to host and run websites and other web-based services, it dispenses with the need for a provider like Amazon or Cloudflare, making DApps more autonomous.

“The nodes that provide computing power to the Internet Computer are located in different places around the world and therefore in different jurisdictions. A simultaneous shutdown of all nodes hosting a particular front end in a subnet is highly unlikely and would require the cooperation of several nation-states.”

While the Internet Computer, which is controlled by an on-chain governance system that is directed by a community of stakeholders, isn’t impervious to regulation, its decentralized governance structure means that outside orders must first be voted through by its community.

The spokesperson for DFinance added,

“The Internet Computer itself is a decentralized network governed by the Network Nervous System (NNS) – so regulators cannot just issue the order to take down the service for certain DeFi projects. It has to be voted on and agreed by most of the stakeholders of the IC.”

On top of this, the Internet Computer developer community is currently working on mapping domain names to a more decentralized alternative – principal IDs – which would help make the blockchain more resistant to censorship.

“[While] a government could hijack the domain or IP associated with a website like UniSwap, this is not possible with principal IDs, which are powered through a decentralized set of nodes.

For the platform we are building – InfinitySwap – we are very excited about the prospect of decentralized hosting. Having it work seamlessly with the underlying blockchain platform is a huge bonus.”