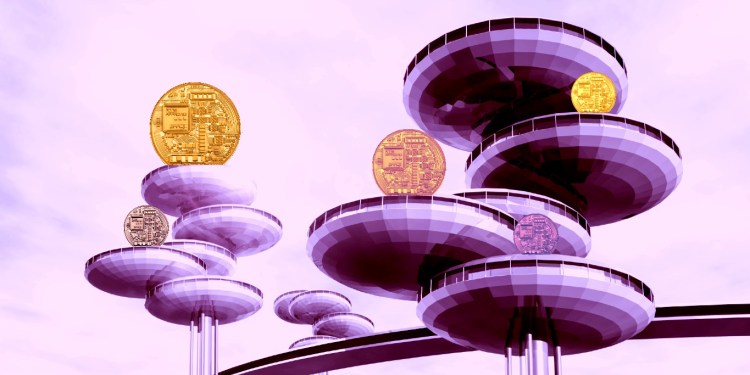 A closely followed crypto analyst and trader says that Polkadot (DOT) is primed to hit the stratosphere and that bullish continuation is in store another altcoin.

The pseudonymous trader known in the industry as Capo tells his 201,300 Twitter followers that interoperable blockchain Polkadot is ready to take off after converting resistance at $46 into support.

The crypto strategist makes his prediction based on the Elliott Wave theory, a technical analysis approach that forecasts future price action by following crowd psychology that tends to manifest in waves. Looking at Capo’s chart, it appears that Polkadot is in the midst of a wave three rally, which is the longest in the theory’s five-wave uptrend.

Capo is also keeping a close watch on decentralized machine-learning platform Fetch.ai (FET). According to the crypto strategist, FET looks primed to rally after retesting $0.84 as support.

Looking at Bitcoin, Capo says the king crypto has likely bottomed out and appears to be forming a bullish inverse head and shoulders pattern on the lower timeframes.

“BTC going straight to the bullish confirmation with some kind of inverse [head and shoulders].”

The inverse head and shoulders formation is a technical pattern indicating the end of an asset’s downtrend. Based on Capo’s chart, Bitcoin must take out resistance above $65,000 and retest it as support to confirm the bullish trend. Should Bitcoin follow the trader’s script, he says a massive rally to six figures will follow suit.