Here Are Three Cryptos To Watch As Altcoins Gear Up for ‘Killer Breakout’, According to Analyst Nicholas Merten 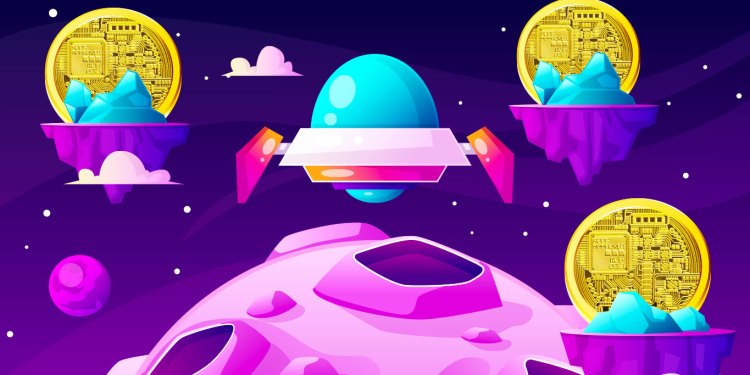 Popular crypto analyst Nicholas Merten has his eye on three digital assets that he says could flourish when the altcoin market begins to outperform Bitcoin.

In a new strategy session, Merten tells his 480,000 YouTube subscribers that with altcoins set for a breakout, he is focusing on one sector that could be most promising.

“So generally speaking, we’re still setting up the framework here for altcoins to make a killer breakout and still continue to outpace Bitcoin over the rest of the year. But I want to go ahead and talk about the sector that’s garnered a lot of interest from me.

There’s the Metaverse out there, there’s NFTs, there’s decentralized finance (DeFi)…so what is there that really is almost a time-tested and true trend that we’re seeing within the crypto space? Well, we’re seeing emerging layer 1s.”

Merten says up-and-coming layer 1 protocols are the “best bet” for investors in this market, naming 3 coins in the category to watch.

According to Merten, e-Radix (EXRD), the first layer-1 built specifically for decentralized finance (DeFi), is demonstrating exceptional momentum in its Bitcoin pair (EXRD/BTC).

“You can see here against Bitcoin it had a descending wedge break out, volume has really surged, price has really started to break out, and the momentum is really phenomenal. Every time we’ve been pulling back, we made support on previous resistance…”

Moving on to Energi (NRG), a foundational blockchain with smart contract capability, decentralized voting and a self-funded treasury – the analyst says the altcoin could be ready to break out after laying dormant for a considerable amount of time.

“I think now, with a lot of the fundamentals that are coming out of Energi, it could set the stage where it could pop up higher and start to climb up even further and maybe even kick-off its first major bull rally in some time. I like to find these plays that have been silent, working behind the scenes on fundamentals.”

Lastly, Merten brings up MIOTA, which is an open-source distributed ledger focused on the internet of things. The analyst says MIOTA, like EXRD, has been in a long accumulation pattern and is due for a breakout.