Sixth International Exchange Agreement From Bitci Technology – Bitcicoin Will Be on Bittrex Global on December 3, 2021 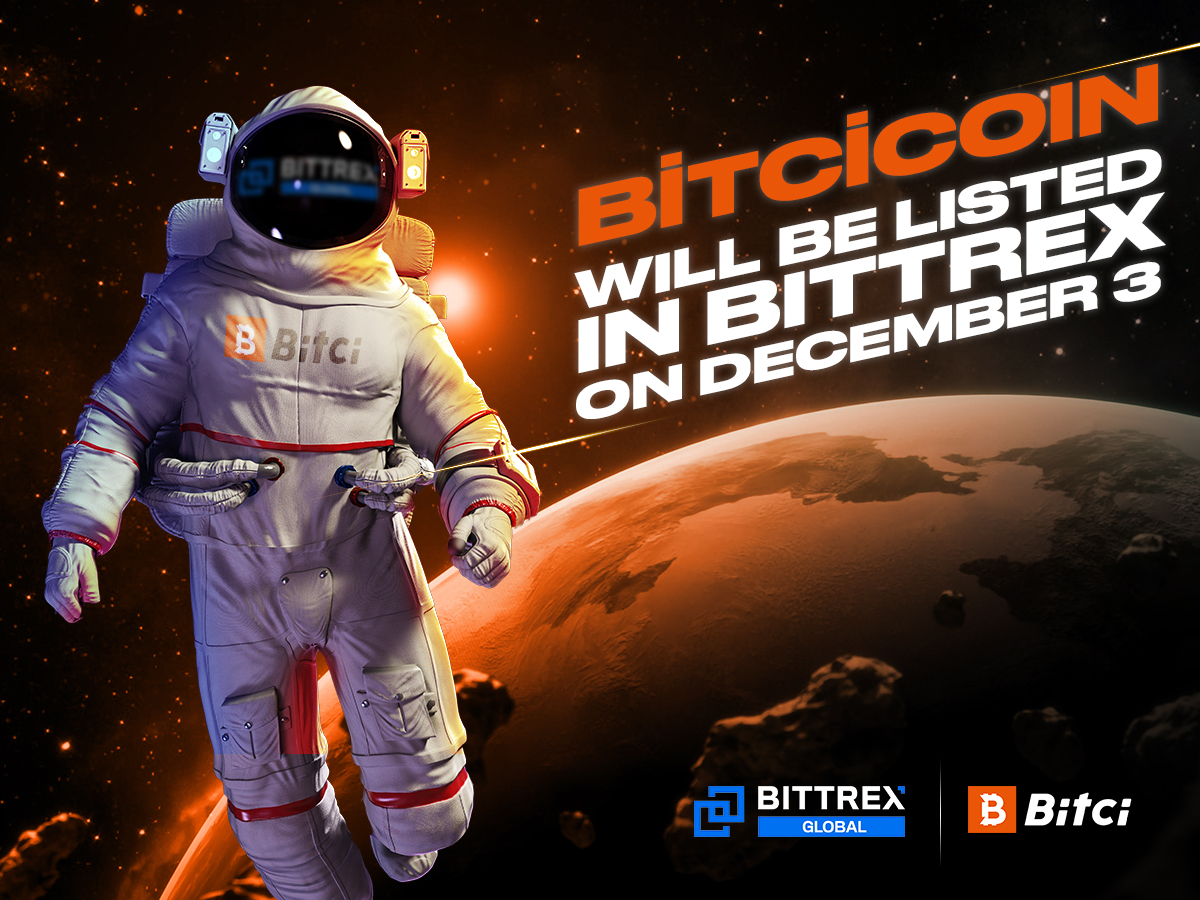 Bitci Technology, one of the world’s leading fan token platforms, continues its global expansion. Bitcicoin, the mainnet coin of the Bitci Chain network, which will start trading on Bittrex Global at 19:00 UTC on Friday, December 3, 2021.

Bitci Technology – which is the only fan token partner of the world’s leading teams and organizations such as Brazil and Spanish national teams, McLaren Formula 1 team, MotoGP, FIBA, Sporting Lisbon, Wolves and others – continues to meet with international investors.

Bitci, which has listing agreements with exchanges such as XT, Finexbox, ProBit, BigOne, Biconomy and others, is now to be listed on Bittrex Global, one of the world’s leading cryptocurrency trading platforms.

The calendar for the listing of Bitcicoin – the mainnet coin of Bitci Chain, which provides a secure and fast blockchain infrastructure service to its business partners with its infrastructure developed by its own software developers, supporting smart contracts and new technological developments – has also been announced.

Bitci Technology, which was established in Bodrum for the purpose of research and development of blockchain technologies within the body of Ça?da? Holding, has been continuing its pioneering activities in the sector since 2018.

Bitci Technology, which established its own mining facility and mining pools in the first place, then launched Bitci.com, one of the most advanced cryptocurrency exchanges in the world. In 2020, the company developed Turkey’s first exchange and payment system integrated with blockchain, Bitcichain.