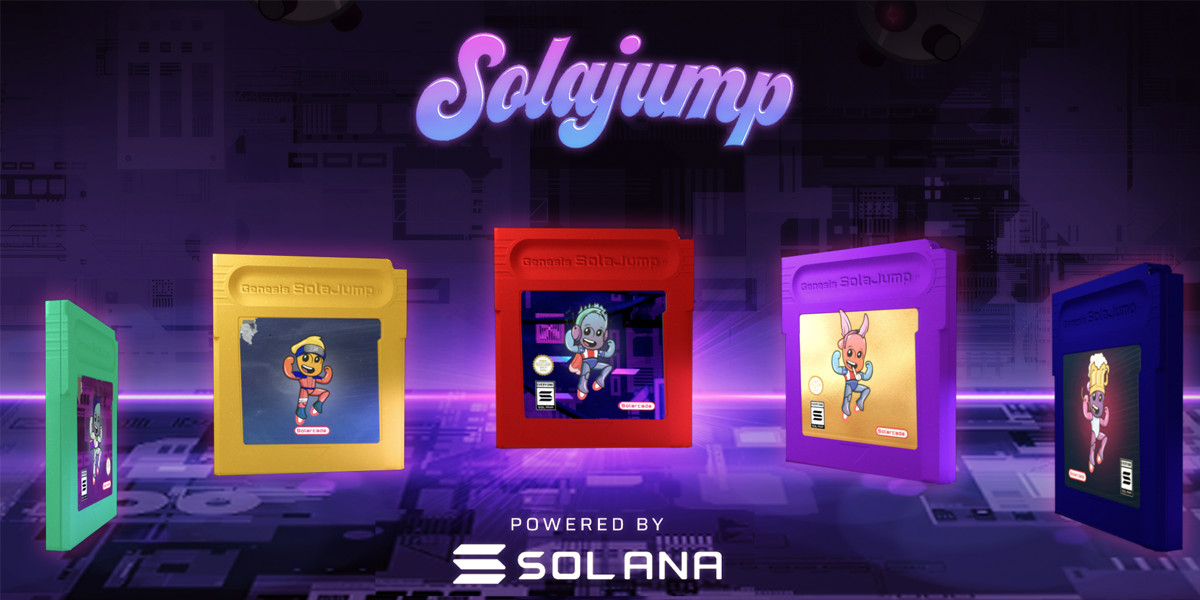 Solajump, the world’s first play-to-win short game based on Solana blockchain, is thrilled to bring back the fun of classic short games. Developed by Kokeshi Academy and NERD 148 Studios, it uses NFTs to revolutionize the world of short gaming with its play-to-win model.

Short games are fun, easy to play and easy to get into. However, game designers who came up with Pong, Tetris, Arkanoid, Pac-Man and other major hits had to make do with the limited power of computers in the past. Computing power is no longer an issue for players, unlocking the doors to a richer and more engaging experience.

Visually appealing and fun to play, Solajump draws on the key principles of Doodle Jump. The player’s objective is to jump higher and higher by bouncing off platforms randomly placed in the 2D space. The further you progress, the rarer the platforms become and therefore, the higher the risk of a game over.

With Solajump, the player’s purpose is not only to achieve the highest score but also to win. Players can access the game by owning a Solajumper NFT, which allows them to compete in tournaments that offer significant rewards for winners.

The initial minting of 10,000 algorithmically generated Solajumper NFTs will take place, starting from December. To participate, players must get one of the 10,000 Solajumper NFTs, each priced at 1 SOL, during December.

Owning the NFT entitles players to many perks and bonuses – such as 10 chances to reach first place in the Genesis tournament. In the end, players with the best scores will win five-figure rewards, with the ultimate winner bagging more than $30,000. After the Genesis tournament, players can choose to trade their NFTs on the secondary market or keep it and participate in the monthly tournaments.

“Solajump is the result of the partnership between two studios – NERD 148 and Kokeshi Academy. The idea is to provide the DeFi ecosystem with emerging tools for NFTs and play-to-earn. Solajump is the beginning of an era for mini arcade games connected with NFTs.”

The monthly tournaments will start from January 2022, where the best players will share a prize pool worth 100 SOL. Kokeshi Academy Studios will launch the ‘jump coin’ in February 2022 to allow players to bet in private tournaments and the PVP mode, which will launch in March 2022. That will make it possible for players to win NFTs, jump coins and many other prizes by beating the score of their direct opponent.

Kokeshi Academy Studios is also preparing to launch a Solana-based arcade game incubator in the second half of 2022.

Developed by Kokeshi Academy and NERD 148 Studios, Solajump is a fun and simple play-to-win NFT game on the Solana blockchain. It aims to revive the short gaming trend and enable players to not only achieve the highest score but also to win.