by Tri Pham
in HodlX 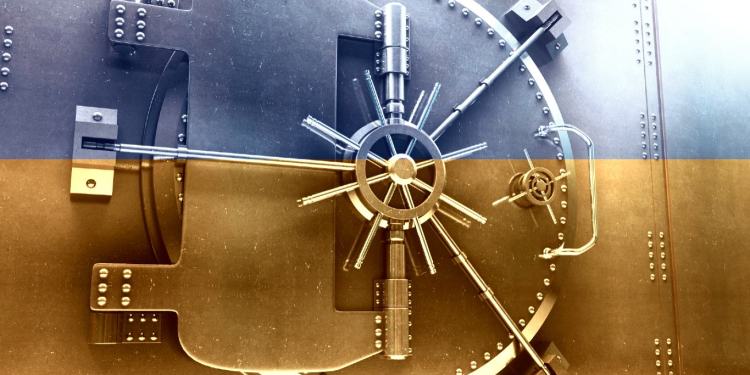 The internet has been a catalyst for radical change throughout its evolutionary journey, touching every aspect of our lives. Web 2.0, for one, has introduced several unprecedented avenues for financial innovation globally.

Gig economies have been one of its most significant contributions. From cab booking, to at-home massages, to freelance job opportunities, everything is now seamlessly accessible in a single click. So much so that by 2023, the total valuation of gig economies is expected to reach $455 billion. And through all of this, web 2.0 continually provides employment to individuals with diverse skill sets and experience.

However, the internet is rapidly transitioning into the next phase of innovation – thanks to the emergence of web 3.0. Because of this, what was unimaginable for most people isn’t so unimaginable anymore – gaming as a livelihood, for instance. In the world of entertainment, the gaming industry is vast and has been so for quite some time now.

Worth $178 billion at present, the global market valuation of traditional games is expected to reach $268 billion by 2025. And this, among many others, is a market that web 3.0 can potentially disrupt, completely transforming the relationship between gamers, games and game developers.

Ongoing innovations in blockchain technology, cryptography and tokenization have a crucial role to play in this regard. Web 3.0 fosters novel economic possibilities, besides aspiring decentralization and community orientation.

To do this, it relies heavily upon the burgeoning blockchain-cryptocurrency sector, whose current market capitalization is over $2.5 trillion. Non-fungible tokens or NFTs are a product of this industry, and insofar as digital gaming is concerned, they have tremendous broad implications and scope.

In-game assets can now represent real monetary value, and game worlds are no longer mere collections of intangible fighters, weapons, racing cars or whatsoever. Gaming finance or GameFi is emerging as a viable economic alternative, especially in markets deprived of the excesses of conventional finance.

Southeast Asia, in particular, has posited itself as the breeding ground for GameFi ecosystems, which holds tremendous significance for the global commercial landscape. But what makes this region a perfect incubator for GameFi?

Against uncertainty, inflation and corruption – the stabilizing effect of GameFi

Southeast Asian economies are mostly fragile, increasingly succumbing to the dominance of the US Dollar, British Pound or some other first-world currency. Moreover, inflation is rampant in these areas, especially in the Philippines, Thailand and Vietnam.

Global economic shutdowns owing to Covid-19 have further exacerbated the problem. In the past two years, over eighty-one million people have lost their jobs in the Asia-Pacific. To make things worse, there’s severe financial inequality. In Thailand, for example, the ultra-rich – constituting 1% of the total population – controls over 58% of the nation’s wealth and resources. And on top of everything, corruption plagues the ASEAN region, where countries have abysmal corruption perception index scores.

Therefore, the region’s deprived communities are seeking alternative livelihoods and economic models. GameFi provides an answer, especially in the post-pandemic scenario. As people remained locked in their homes, deprived of the conventional means of income and sustenance, innovative play-to-earn (P2E) games rose to the occasion.

For example, titles like My DeFi Pet enabled gamers to earn daily income and became more than just ways to kill time. During the pandemic’s peak, a majority of active players of P2E games came from Southeast Asia.

Because they were able to earn US Dollars, gamers had the added incentives to be serious in honing their skills. The positive feedback empowered the region’s youth, who were able to earn $1,200 monthly – that too from a single game. And as remittance accounts became broadly inaccessible during the pandemic, GameFi was a legitimate source of familial income for many.

Tech-savvy but unbanked – toward financial inclusion

Broad sections of the ASEAN youth are highly tech-savvy, which is a significant reason for GameFi adoption. Over 90% of the region’s 213 million young people have gained access to mobile internet in recent years. But at the same time, there are nearly 290 million unbanked individuals in SE Asia, meaning only 18% of its population has access to conventional financial instruments.

GameFi caters to those stuck in this limbo, while associated blockchain-based solutions offer them access to digital wallets and borderless payments. Financial services like lending, borrowing and insurance have also become more inclusive than traditionally – adding to GameFi’s overall value proposition.

Additionally, GameFi brings liquidity to in-game assets, thereby offering real-world utility and enabling off-chain transactions. Meaning, gamers get multiple options to utilize their gaming assets in an offline setting. Players might choose to fractionalize their assets and leverage them in DeFi protocols.

Others might use them as collateral against loans or trade them in secondary marketplaces and the derivatives market. It can be said, GameFi is unlocking the hitherto untapped potential of in-game assets, something that was inaccessible in the traditional gaming space.

Tri Pham, co-founder of KardiaChain, strongly believes blockchain will be a pillar of humanity’s future society. He has started several initiatives contributing to blockchain mass adoption, from infrastructure layers like KardiaChain, to application layer games like Mytheria and Thetan Arena. KardiaChain is the national blockchain in Vietnam, while My DeFi Pet was the most played game on Binance Smart Chain during the peak of GameFi 2021.