by Ben Caselin
in HodlX 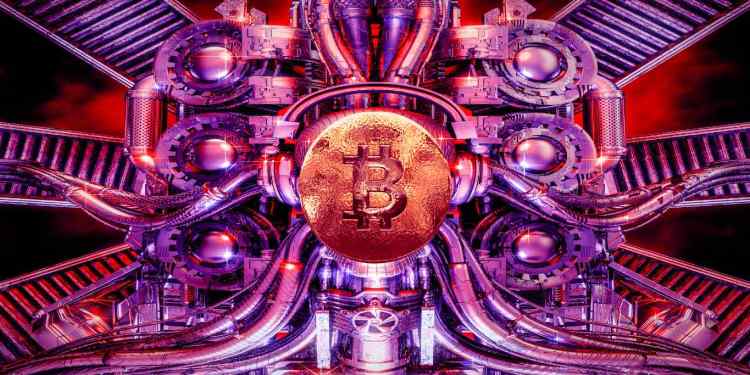 The Greek polis – a city-state – is considered by most historians to be the prototype of the modern structure in Western society. As an enclosed city-state, each polis would have its own political system, economy, military, local political weight and relations with its neighbors.

Most Greek city-states like Athens, Mycenae and Sparta were practically always at war with each other and subsequently, this is how the fractured political landscape of Ancient Greece was formed.

The incessant internal bickering, savage rivalry, growing warmongering and ever-sharper rhetoric directed at both adversaries and so-called allies that we see today across the socio-political spectrum resembles much of those pre-modern conditions.

With the United States growing ever more divided by interracial and bipartisan strife, and the European Union bordering authoritarianism, it is becoming obvious that new instruments of social governance and leverage over the elites are needed to prevent the world from sliding into a conflict of global proportions.

The advent of such a populous means of social governance may be beckoning as decentralized currencies are proving to be one of the most powerful disruptive forces that both governments and their financial vassals fear.

In 2021, we have seen Bitcoin starting to impact the political sphere and impinge on the narrative more so than WikiLeaks. The stiff resistance Bitcoin is encountering from all layers of governance is evidence of its growing power.

Digitization as a path to true democratization

While most attention is given to crypto as an asset class that is gaining traction in the context of a larger macroeconomic process driven by the threat of real inflation, hyper-digitalization and general social disorientation – less attention is being given to the political processes that are likely to proliferate over the coming years. The more Bitcoin and permissionless networks take root, the more influence and attention libertarian principles like decentralization will be gaining.

The Republic of El Salvador, a tiny nation in Central America, proved to be the state with the most political will and vision when it announced the adoption of Bitcoin as a legal means of payment in September 2021. President Nayib Bukele later announced at the Latin American Bitcoin and Blockchain Conference with his plans to build Bitcoin City in the country’s eastern area of La Union.

Bitcoin City is likely to become a tax haven for wealthy crypto investors, as it will be tax-free, except for 10% VAT. The construction of Bitcoin City is to be funded by $1 billion worth of Bitcoin bonds issued on Blockstream.

Bitcoin is a significant innovation in terms of streamlining power, offering the opportunity for countries and communities on the periphery to assert sovereignty, reinvent their economy and engage in new forms of local wealth generation. Game theory suggests that smaller developing nations will be the first movers to give shape to this new paradigm, having recognized its potential for kickstarting economies. Larger institutions and economies will be forced to join as Bitcoin starts eating away at the status quo.

Back to the polis

While Bitcoin plays a central role in the decentralization arena as a paragon of virtue and role model, there is room for innovation on top of Bitcoin that allows for more utility and scalability of more localized applications.

The Lightning Network is a well-known example of improvement on the Bitcoin network as a layer two payment solution. It is intended to enable fast transactions among participating nodes and is designed to solve the scalability problem. Projects like Stacks are also gaining traction. Designed as a blockchain linked to Bitcoin by its consensus mechanism, Stacks leverages the security and appeal of the Bitcoin network and opens up new opportunities for DApp deployment on top of it.

The largely fragmented blockchain network space might be said to resemble the political landscape of Ancient Greece with its many polis city-states. It seems modern society is starting to mimic that structure in its method of applying decentralized technologies.

The latest trend on CityCoins taps into a demand for self-sovereignty in economic terms. The concept of a CityCoin entails the issuance of cryptocurrencies that allow their holders to support their favorite city while earning yield in Bitcoin and Stacks tokens. Currently, Miami, Austin and New York City seem to be endorsing their own city-based cryptocurrencies, made possible through the Stacks protocol, which powers CityCoins.

MiamiCoin (MIA) is the first CityCoin, launched in August, which generated approximately $21.3 million, proving to be a financial success, and encouraging other cities to jump on the trend. NewYorkCityCoin (NYC Coin) was next, with official mining launched on November 10, 2021. NYCCoin rewards users through the Stacks protocol as well and will likely be joined soon by the Austin Coin.

Satoshi Nakamoto devised a network that could be borderless, and while they had referenced sidechains and other such projects that would be integrative with Bitcoin, some might say CityCoins diverge from Satoshi’s initial purpose. The case might also be made that these projects help to further drive different jurisdictions to transition to a crypto-based economy with Bitcoin as the principal layer.

Not to their liking

While Blockstream CEO Samson Mow stated that the founding of Bitcoin City is going to make El Salvador the financial center of the world, most politicians were less than enthusiastic about the growing influence of Bitcoin on the global stage.

Hillary Clinton was harsh on Bitcoin adoption and its undermining of the dwindling dominance of the US dollar on the global economic stage. Clinton said,

“What looks like a very interesting and somewhat exotic effort to literally mine new coins in order to trade with them has the potential for undermining currencies, for undermining the role of the dollar as the reserve currency, for destabilizing nations, perhaps starting with small ones but going much larger.”

The politician did not miss the chance to weave in the adages and phantoms haunting her party’s geopolitical line, adding,

El Salvador’s ambassador to the United States Milena Mayorga proved that smaller countries have the wisdom to stay their course into the future for their societies when she responded to the slew of comments following President Bukele’s announcement of Bitcoin City. Mayorga said,

“We have to have the conversation, but we are an independent country, so [the US has] to accept our movement and understand that we want to take ourselves to a different level and with a definitional system.”

Blinded by the fear of change

Let’s begin with these recent comments by the President of the European Central Bank, Christine Lagarde.

The term gerontocracy is starting to show its relevance on the global political stage, where innovation and much-needed change are being disregarded in favor of persisting old feuds and courses that are no longer viable in the context of progress.

Crypto is not fragmenting the economy, as Hillary Clinton believes – instead, it is offering a more democratic approach to governance of a system that is both ossified and not inefficient in light of modern requirements and opportunities.

We stand at the precipice of changes that are as significant as when the world moved off the gold standard, or when the Bretton Woods system was reached post-WWII. The changes ahead will affect the lifeblood of the global political system – finance – the sole and most important instrument of leverage the political elites do not want to let go of. Times are changing.

Ben Caselin is head of research and strategy at AAX, the first crypto exchange to be powered by London Stock Exchange Group’s LSEG Technology. With a background in creative arts, social research and fintech, Ben develops insights into Bitcoin and decentralized finance and provides strategic direction at AAX. He is also a working member of Global Digital Finance (GDF), a leading industry body dedicated to driving the acceleration and adoption of digital finance forward.